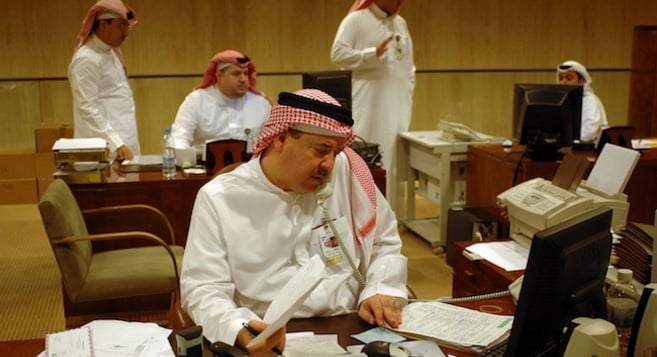 Expatriates in Saudi Arabia may longer be able to hold jobs in human resources, according to reports.

The kingdom’s labour ministry is mulling the possibility of introducing a plan to restrict HR and hiring jobs in the private sector to Saudi citizens, The Saudi Gazette reported.

The ministry has urged private sector employers and businessmen to voice their opinions and suggestions on the matter via its website before April 23.

General supervisor of public affairs at the ministry Naif Naytah said a final decision on the matter would be taken after consultation with business leaders.

If implemented, he urged companies to strictly adhere to the rule.

“The ministry will take punitive measures against any private firms that allow foreigners to work in these jobs directly or indirectly,” The Saudi Gazette quoted him as saying.

“Fines amounting to SAR 20,000 will be slapped on firms that hire any foreigner to work in these trades, and the fines will be doubled with the number of foreigners hired for these jobs.”

Saudi Arabia is cracking down on expatriate workers as it looks to boost national employment rates.

Earlier this year, it was reported that Kuwait’s government departments are planning to lay off ‘unnecessary’ expats by the end of the year.

Local media also reported that Kuwait was mulling the option of cutting the number of expat teachers by 25 per cent, especially in areas where there was already a high number of local and Gulf Cooperation Council educators.