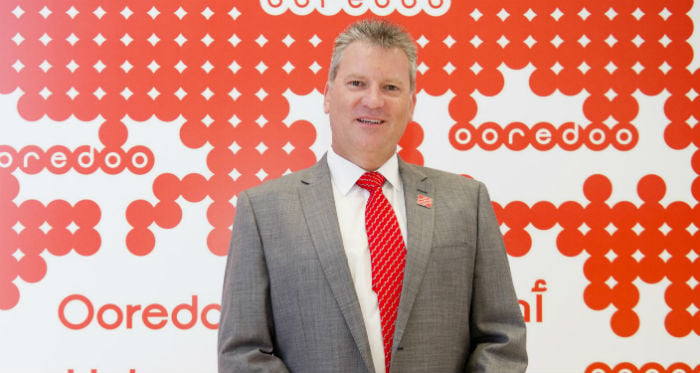 Having met the CEO of Qatari telecom operator Ooredoo earlier this year, I notice that Greg Young, the CEO of the recently rebranded Ooredoo Oman (erstwhile Nawras) displays the same level of energy and exuberance.

The veteran telecoms leader, appointed CEO of the company a year ago, is enthusiastic about the new rebranding, asserting it will bring a hoard of benefits to the tiny Omani operator including greater presence and access on a global basis.

By international standards, Ooredoo Oman is relatively small. Founded in 2004, the company launched services a year later, breaking the monopoly of government-owned Omantel. The company was awarded the second fixed licence in Oman in 2009, and in 2010, launched its international gateway and fixed and broadband services.

Currently serving over 2.5 million customers, the company, which listed on the Muscat Stock Market in November 2010, is 55 per cent owned by Qatar’s Ooredoo group, with the remaining owned by Omani entities and other shareholders.

“We recognised that we are benefitting by being part of a bigger group, with Ooredoo’s partial ownership, especially since we are seeing a trend of globalisation of brands and companies around the world,” says Young.

One of the big advantages for the firm will be access to Ooredoo’s celebrated and popular brand ambassador, Lionel Messi, and other high-profile brand assets.

“As a smaller part of the group, we would never be able to afford to invest in a brand ambassador such as Messi and frankly, nor would brand assets of that stature be interested in a smaller stature brand.”

As single common brand, every time Ooredoo’s name is plastered across a football t-shirt or on a racing car, or appears in TV or social media campaigns, its Omani arm will enjoy the marketing.

“There is another key area is also critically important for us,” says Young. “We are dealing with partners, suppliers and vendors that are also global companies – whether for handsets, tablets or smartphone devices; companies that provide network infrastructure, those that provide applications and services or those that provide content – in all of those cases, dialogue is very important to negotiate the best possible commercial outcome.”

In the past, he explains, it would be hard for the company to even schedule a meeting with some of those players. With the common branding, he hopes to strike a better chord with them.

“I have much greater negotiation, reach and ability as part of Ooredoo because instantly behind me is a very significant source of customers, 96 million, that are of interest to these [international] companies.”

Another advantage is that the Omani company can now dip into the common pool of other Ooredoo-owned companies across the world including (now- rebranded) Nedjma in Algeria, Tunisiana in Tunisia, Wataniya Maldives and Wataniya Kuwait, among others, and share practices and other information.

“We can have common campaigns for TV commercials, other information and videos about the company – so there are many assets that we can share and don’t have to start from scratch,” Young explains.

Total revenues during the period grew by 11.3 per cent to OMR166.1 million, with growth driven by increases in mobile and fixed data revenue and international voice revenue.

Total number of customers grew by 6.5 per cent during the first nine months of 2014, to 2,514,231. Within that, the fixed service customer base decreased by 2.4 per cent, but the firm attributed the drop to “a transition period” during which it upgraded its home broadband technology.

“We have invested heavily in our network and significantly improved our 3G coverage and performance and are continuing to roll out 4G. The coverage enhancements are inside buildings and across more locations in the country,” says Young.

As part of a major three-year investment and expansion programme initiated last year, the company has spent OMR97 million in less than two years directly in network modernisation and expansion with a capital investment of close to OMR80 million in 2013.

“Moving forward into next year, we will be looking to taper our capital spending because the programme will conclude in 2015,” he says.

So far, the programme has met expectations.

“We measure marketshare, customer satisfaction, customer growth, revenue and usage growth in each of the different geographic areas and in every case where we implemented the new modernisation, we have seen positive improvement in all indicators,” he explains.

The company has managed to retain existing customers, win over new ones from its competitor, and also attract new customers to grow the overall market.

Young also says they have seen a “dramatic increase” in data usage on their network. “On the consumer side, data is now contributing 40 per cent of our revenues. In the previous quarter (Q2) it was 33 per cent, so it has grown quite significantly in just three to four months.”

“We adopted a cost optimisation programme that looks at all aspects of our business and looks for opportunities where we can reduce costs – so we have invested heavily in a number of areas in our network to become fully self dependent, and we are looking at efficiency in areas such as electricity consumption and other cost drivers.”

RISE OF THE OTt

While the company is doing well, it faces one key challenge that is beleaguering traditional telecommunication operators worldwide – the rapid rise of OTT players such as WhatsApp, Facebook and Viber.

These new mediums threaten to eat away into the revenues of traditional operators, say experts, especially in areas such as the GCC, where competition is typically limited.

“We look at those applications and services as an important and necessary part of helping grow our businesses, helping grow access to some of the ways to interact,” explains Young.

“Those companies would not be able to continue to grow if it wasn’t for the investment that we were making in our infrastructure, likewise we are getting increasing benefits as well because they are driving internet access and usage and that helps our revenues.”

The two share a kind of partnership model where neither can grow and prosper without the other, he says.

“But it’s certainly a fair statement that the arrival of these services and apps does put interesting demands on our network in terms of traffic and usage patterns.

“It places additional demand for investment and growth of capacity and this needs to be recognised by these entities, because in most cases, these companies operate from other parts of the world. They don’t pay local taxes, royalties and don’t undertake CSR activities that contribute to the welfare or upliftment of the economy in a given country,” he elaborates.

On the other hand, companies like Ooredoo invest heavily back into the community to help build the country.

Overall though, he stresses that the arrival of OTT players is positive for the industry.

“We have seen an impact to our revenue mix – there’s no question about that – if I look back three to five years ago, the majority of our revenues were coming from voice and SMS messaging. Now 40 per cent of revenues are coming from data and that could reach 50 per cent in another 12 months,” says Young.

“While the change in revenue-mix will continue, we don’t anticipate that these companies will have a negative impact.”

Going ahead, Young says the company is working to roll out a range of services within the connected homes and OTT TV segments. It is also seeking to leverage all the investment made into its infrastructure and expand into business and enterprise, also targeting SMEs in the Sultanate.

In terms of awareness and promotional campaigns, Ooredoo’s sponsorship of global ambassadors and sports people will continue.

“Messi has been extremely generous of his time and whenever we shoot video commercials and do things with him we have a lot of good fun. He is a very nice gentleman,” says Young.

When I ask him whether he is a fan of the little legend, he admits: “I have to say initially I wasn’t much of a fan, but it’s difficult for those in the Ooredoo family not to get caught up in it – whether football mania or Messi mania.”