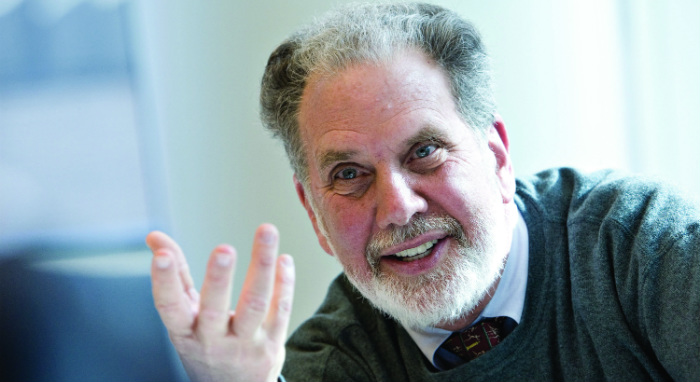 When John Sexton approached Sheikh Mohammed Bin Zayed Al Nahyan, the crown prince of Abu Dhabi with plans for a “study abroad site” for students from New York University (NYU), little did he imagine his host had bolder ideas.

Support for a four-year degree- granting campus was soon on the table, culminating this year with the opening of NYU’s new Saadiyat Island Abu Dhabi site, the education advocate and president of NYU explains as we meet for an interview in New York.

Under Sexton’s leadership NYU has extended far beyond the metropolitan boundaries that its name implies.

On top of its portal campuses in Abu Dhabi and Shanghai, which offer four-year degrees, NYU now has 11 international academic centres, where students can study away from their home campuses for a semester or a year.

But far from just a stopgap for international students to take a break from home study, the focus for Sexton at Abu Dhabi has been to provide local youth with the tools they need to become the “extraordinary”.

This drive has seen NYU collaborate with Abu Dhabi, for an educational a programme designed to find the leaders of tomorrow.

The Sheikh Mohamed bin Zayed Scholars Programme (SMSP), which launched prior to the opening of NYU Abu Dhabi’s undergraduate college, sees students selected from the three national universities of the UAE: Higher College of Technology, UAE University, and Zayed University.

The top 60 Emirati students from these universities go through a rigorous selection process, including interviews, before approximately 20 are selected for the programme.

All of the scholars take courses on leadership and public speaking, and a third course either with Sexton on religion and government or with professor James Traub, noted political author and foreign policy writer at The New York Times Magazine.

Through the scheme, which is now in its seventh year, students receive university credit for taking courses with NYU Abu Dhabi, are linked to the NYU global network, and take a ten-day trip to New York and Washington, D.C.

Such schemes, Sexton says, also defeat the misconception that Middle Eastern women don’t have extensive access to educational opportunities, although he admits educating Emirati women is both a priority for him and the Abu Dhabi government.

“The empowerment of women has been a theme for my entire life. The first significant professional commitment I made was a 15-year commitment to a group of female high school students for whom I served as debate coach, and that commitment continues today.”

Sexton is very proud of the fact that the first five people who came to the US as part of the NYU Abu Dhabi team were all women. In addition, over 80 per cent of Sheikh Mohamed Scholars have been women and the NYUAD student body is roughly 50 per cent men and 50 per cent women, he says.

“We are dedicated to this and I already see that female graduates of the Sheikh Mohamed bin Zayed Scholarship programme have move into significant government positions in the emirates.”

With a strong local economy and numerous job opportunities, Sexton believes NYU’s Abu Dhabi students have plenty to keep them there post graduation, particularly the bond they create with the emirate during their time there.

“After having to come here, they [the students] end up knowing and loving Abu Dhabi, and for the rest of their lives, wherever they will be in the world, they will always feel connected to the emirate,” he says, while NYU itself is also working hard to be become part of the local community.

Local community-based initiatives have been in the works since NYU Abu Dhabi’s inception, including student internships in local businesses and volunteer work at local charities, including students teaching English at a local Somalian centre.

But amid these local contributions, the president is keen to highlight, there are also issues that have cast a shadow over NYU’s Abu Dhabi operations. In May, the New York Times published a report highlighting labour abuses during the Abu Dhabi Campus’ construction, including squalid living conditions and a breach of labour standards.

The publication, which interviewed dozens of workers, reported that some were living 15 to a room, forced to work 11 hour days, pay recruitment fees to get their jobs and relinquish control of their personal documents.

“On a project this enormous, we expected that there would be instances when our standards were not met; our goal, for any worker who was not treated in accord with the standards we set for the project, has been to identify and correct those occurrences,” said NYU spokesman John Beckman in response to the claims.

Sexton too is keen to point out that the allegations are being taken seriously and an investigation looking into “some of the media reports from the Spring” is underway, although he declines to go into further detail.

“It would be inappropriate for me to address specific details right now. Of course, we take any violations of our standards and compliance regime very seriously, and will work to rectify any shortcomings ultimately identified by the report.”

The NYU president is particularly focused on being respectful to his host country, which is proud of its culture, society and history. “That is one of the things we are here to learn. We are also here to learn the deep values of the society that perhaps aren’t as present in western society or New York City. For example, one’s sense of family and community are very well demonstrated for the students here, and that commitment isn’t always as prevalent in other countries – particularly in the US.”

Referring back to his meeting with His Highness Sheikh Mohammed Bin Zayed Al Nahyan, the NYU president says they are committed to working together to achieve something very special, one of the world’s truly great universities, and that neither would compromise excellence on the way.

“The fact of the matter is that and I think our partners here in Abu Dhabi have exceeded our expectations and I hope we have exceeded theirs. I think the results are that NYU Abu Dhabi is not just an outstanding school in its own right, but it has also contributed to NYU becoming one of the strongest universities in the world.”