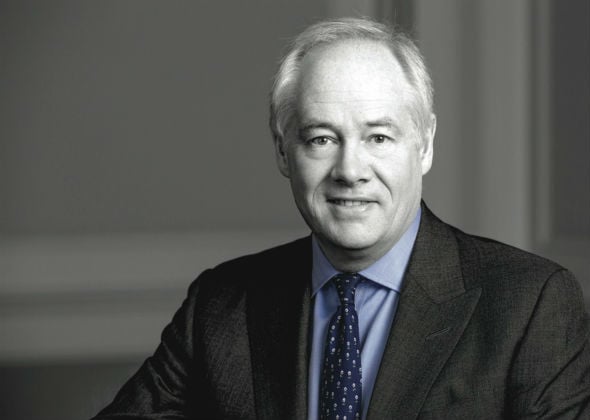 London-based Coutts, a private wealth manager that is a unit of government-owned RBS Group, is an institution that is counting on generating more revenue from clients in the Middle East, particularly the energy-rich Gulf region.

Coutts, with a history that dates back to 1692, has set aggressive plans to add more clients from the region, who would join the likes of Queen Elizabeth II among the other who’s who of British society with money invested in the bank. “In the Middle East, we are looking basically to add 100 per cent a year, over the next three to four years, to the assets we have under management,” Rory Tapner, Coutts CEO told Gulf Business.

Tapner declined to disclose the size of assets under management from current clients in the Middle East. Globally, client assets and liabilities reached £87.5 billion at the end of the first quarter of 2013, up one per cent from £86.5 billion in a year- earlier period.

The bank hired 25 professionals in 2012 and added five more so far this year to the Middle East team to woo a more prestigious clientele, signaling a shift of strategy for the bank that used to focus on rich expatriates rather than on wealthy local clients.

“We want the international business to grow to about 60 per cent of the whole by the end of 2015,” said Tapner. “Right now it is already moving in the right direction, we are already at nearly 50 per cent.”

Coutts’ focus on the Middle East is part of a global restructuring that led to the sale of the bank’s assets in Latin America, Caribbean and Africa in 2012 to the Royal Bank of Canada to direct resources and investments to key markets: the UK, Switzerland, Middle East, Russia and parts of Asia. As a result, Coutts now serves clients in 70 countries versus 177 before the asset sales.

“We had to generate the investment dollars we wanted to spend on the business, so that involved exiting a number of countries. This freed up a lot of resources that then enabled us to do things here,” said Tapner. “We can already see the signs that it is working. Assets under management are increasing, we are attracting better bankers.”

Tapner joined the RBS Group in 2010, which is seeking to boost profit from wealth management as part of restructuring plans aimed at shedding the UK government’s 81 per cent stake in a lender that has received the world’s biggest banking bailout in the wake of the 2008 financial crisis.

RBS is not the only financial institution beefing up its wealth management in the Gulf due to the shift of wealth growth from West to East. Coutts joins the ranks of Royal Bank of Canada, Standard Chartered, and others, including local and regional banks, that are all vying for a piece of local wealth and are hiring more bankers to attract a loyal clientele.

The Gulf region is attractive because it has a high density of millionaires among a relatively small population. Qatar ranks second and Kuwait ranks third globally in the proportion of households that have private wealth of $1 million or higher.

Coutts is bullish on the Middle East, despite the economic ramifications of the Arab Spring, which continues to wreak havoc on the wealth of countries such as Egypt.

“You worry about the Arab Spring, but the rest of the world has got significant issues as well. I don’t think we can sit here and just say, because of the Arab Spring, we’ll pour money into different asset allocation strategies and move the money to Europe, for example,” said Tapner.

“Clients in the region, they are not that different to what goes on in the rest of the world with their investments. They invest in traditional forms. There may be some lump investments. They might want a trophy asset, a hotel or a football club, for example.”

Clients in the region are becoming more concerned about family succession, and are looking at trust funds, creation of family charters, and other aspects to maintaining their large conglomerates.

Although Coutts is beefing up operations in the Middle East and other emerging economies, it is not neglecting its clients back home.

“We already have a very large market share in the UK; it is a mature business, but the opportunity in the UK now is to expand what we do with each client. We have about a seven per cent market share of wealthy clients in the UK,” said Tapner.

“There are lots of opportunities on things we used to advise on and we are now reintroducing, such as real estate and private equity. These are the sorts of areas where we can do more with the existing client base and that’s where the growth is going to come from.”

Globally, in terms of asset allocation, Coutts is seeing more clients favouring equities over bonds, as the search for yield drags on.

“In general, we are advising clients to assume a higher proportion of risk- weighted assets – for example, equities – and that’s partly because we think the bond rally has come to an end,” said Tapner.

“Developed market equities look attractive because of the higher yield on a lot of them at the moment. We are less interested in precious metals than we were and that’s largely because we are not seeing inflation creeping up so much anymore and lack of yield is also a determining factor there.”

Coutts, though, has faced a few hurdles in the last two years.

This resulted in the bank dropping some clients in the Middle East and elsewhere around the world as part of a global review of the processes involved in tracking the source of clients’ wealth.

“That happened simply because occasionally we couldn’t prove the source of wealth, and sometimes in this region, that is more difficult,” said Tapner.

“Somebody can be very wealthy and they generated that wealth through investment propositions; they run a good business, however, if they inherited that wealth, sometimes it is more difficult to establish the paper trail of that wealth creation.”

In 2011 the FSA also fined Coutts £6.3 million in connection with the sale of a product from insurance firm AIG.

As regulations tighten around the management of private wealth, banks such as Coutts are spending more time on disseminating information and conforming to more stringent processes, which are driving up costs and could lead to more consolidation in the industry.

“We are seeing a definite trend towards some consolidation. I think it is largely caused by the cost of regulation,” said Tapner. “It is also the relentless request of information from regulators. It has put the cost of running this business up a long way.”