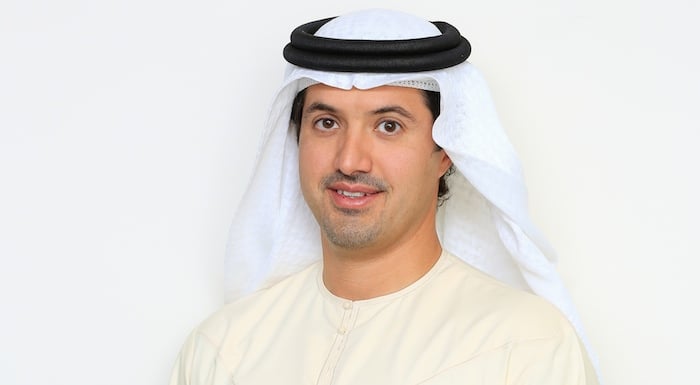 A well-worn ‘Welcome To The UAE – Dubai’ sign plastered on a tall building in Garhoud is one of the first greetings that most visitors receive on landing in the city. This inconspicuous glass-rimmed tower also fittingly houses the offices of Dubai’s Department of Tourism and Commerce Marketing (DTCM), the body tasked with implementing the emirate’s ambitious tourism agenda.

Sitting in the director general’s office on the ninth floor, I get a clear view of the Dubai International Airport from the expansive glass window. It’s a panoramic indicator of just how intertwined Dubai’s twin drivers of tourism and aviation have become; together, these complimentary sectors have powered the tiny emirate into a leading global destination.

“Dubai is a remarkable place and is positioned as a top international city – not just for tourism but also as a hub for business, for people to live in and for all other aspects. The positioning of Dubai is to be number one,” says HE Helal Saeed Al Marri, director general of DTCM. Being ‘number one’ has always topped Dubai’s agenda, and making that vision come to life, at least in part, rests on the young shoulders of Al Marri.

An MBA graduate from London Business School, and a chartered accountant by profession, the UAE national was appointed head of DTCM in January 2013, and was almost instantly tasked with an ambitious mandate.

“The vision is clear, infrastructure is ready and confidence in our human resources is high. The future does not wait for those who hesitate. We want everyone to work as one team to achieve the goal, with positive energy, strong determination and the belief that anything is possible.”

When I ask if it was overwhelming to be handed such an enormous responsibility, Al Marri smilingly disagrees. “I was of course very humbled that Sheikh Mohammed chose me to lead the implementation of his vision. And it’s a vision I truly believe in. Dubai is a powerhouse today and as we take the brand forward and implement the strategy, the amount of support we have from the industry, the private and the public sector, makes it humbling.

“Of course it’s very exciting when you have a new challenge and you have a good team to work with,” he adds.

While DTCM’s 2014 agenda is primarily focused on the wider 2020 strategy, the entity will be collaborating closely with the hotel sector to develop new properties in Dubai this year, says Al Marri.

Over 11 million guests stayed at Dubai’s hotels last year, up 10.6 per cent compared to 9.9 million in 2012, according to the latest figures from DTCM. Total guest nights last year rose 11 per cent to 41.57 million, while occupancy rates for hotel rooms and hotel apartments increased to 80 per cent.

To accommodate its targeted visitor numbers for 2020, DTCM estimates a total requirement of between 140,000 to 160,000 rooms. Hence fears of oversupply in the market are unwarranted, says Al Marri.

“We are encouraging very healthy growth levels. If you take a simple statistic – tourist numbers are growing at 10 per cent per year and even if you halve that number, you still need the number of rooms to catch up. We are at very high occupancy today so if we are to continue with that, growth has to happen,” he elaborates.

“Our challenge is to ensure that we can increase the number of hotel rooms needed.”

The focus is presently on developing affordable hotels within the emirate, to cater to a wider range of tourists. In September last year, the Dubai government announced an initiative to incentivise hotel owners to bring forward construction timelines of three and four star hotels. It stated that eligible developments would be granted a concession on the standard 10 per cent municipality fee, which is levied on the room rate for each night of occupancy.

“We are encouraging a lot more three and four star hotels and we have put big incentives in place for them and we really feel that as those come online, the market will become more balanced.”

Dubai has always relied on its excellent marketing skills to promote itself – whether building the world’s tallest tower (a title the Burj Khalifa still retains) or having the world’s largest fireworks display (record broken in January 2014). Winning the bid to host Expo 2020 late last year further ensured that the emirate made headlines across the world.

To further spread the word and entice new tourists and businesses to the emirate, Sheikh Mohammed issued a decree establishing a new entity, Dubai Corporation for Tourism and Commerce Marketing (DCTCM), in January this year. An affiliate of the DTCM, the new body has a corporate structure with a focused mandate to go internationally and work overseas to promote brand Dubai, clarifies Al Marri.

“Today the perception of Dubai in many international markets is already very strong. We will look to take that further to try and ensure that more and more markets understand Dubai and what it has to offer from tourism and business aspects.

“A lot of new markets are already opening up – recently the UAE government announced 13 new countries that don’t require a visa to come here. Emirates and flydubai are also opening up new routes all the time.

“So we see a great potential not only in our source markets – which are also inherently growing– but also in gaining market share through changes and policies, new flight routes and more innovative marketing.”

HURDLES ALONG THE WAY

One obstacle that restricts growth in the tourism sector, globally, is governmental policies around air travel. “We in Dubai have an Open Skies policy, but not all markets have that – you can see that in some markets close to us. We encourage that as a priority, since it is the single biggest challenge the global tourism industry faces,” says Al Marri.

Another factor hindering growth is finding the right talent. To counter the issue, Dubai is now setting up a tourism academy for vocational training.

“It will be world class, we in discussions with top training centres across the world. The centre will be run as an independent entity, but will be linked to DTCM. Stakeholders from the industry will also have heavy involvement,” he reveals. The project will start this year and is slated to begin operations within a few years.

The move will encourage more people to work in the industry, make it easier for hotels to provide staff training and boost emiratisation in the sector, says the tourism director.

One of the young and powerful figures in Dubai’s government, Al Marri wears many hats. Along with DTCM, he heads the Dubai World Trade Centre (DWTC) – the region’s largest event, exhibition and conference group and he is a member of the Expo 2020 Higher Committee.

“In my view Sheikh Mohammed sums it up well – the government is there to meet the needs of the customers seven days a week, 24 hours a day. And now, with the smart government, it essentially means the government is moving to managing by similar KPIs that the private sector does.

“You would always face short term challenges during the move but the young talent in the government today is really working tirelessly towards that vision and you can see that the progress is tremendous.”

So what does the multi-faceted leader enjoy the most about his roles?

He adds: “My personal goal is to really meet the expectations and the trust put in me to deliver. And when I say deliver, it is to build on what has been done already and create sustainable growth, which can go to 2020 and beyond.”