Exclusive: GE's regional CEO on why the company is bullish about the future - Gulf Business 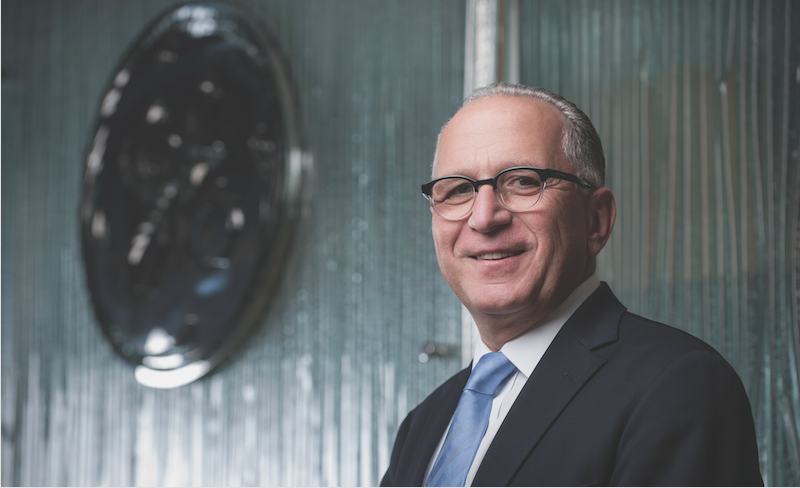 In the days leading up to my meeting with General Electric’s president and CEO of the Middle East, North Africa and Turkey, Nabil Habayeb, headlines in the global business press were less than positive for the 126-year-old multinational conglomerate.

Its shares have tumbled in November and are currently trading at around $7.74 (2.20pm on Thursday).

Earlier this year in June, the company was removed from the Dow Jones industrial average, ending a presence of more than 100-years when it was replaced by drugstore chain Walgreens Boots Alliance. The removal came against the backdrop of a steady decline in market cap from $594bn back in 2000, down to $98bn last month, with October also seeing the instalment of a new CEO, H. Lawrence Culp Jr – ousting previous CEO John Flannery who lasted less than a year in the role.

Hardly good news to go into an interview with, but when I discuss the company’s current situation with Habayeb, he flashes a wry smile before offering a much more measured understanding of events than portrayed by the media.

“I’ve been with the company for 36 years and have seen all the cycles it goes through,” he says.

“During the financial crisis, the stock price went down to little single digits and the company recovered. So while things may be challenging, the company is really positioning itself for what is really needed in the future.”

He adds that the MENAT region he oversees is especially prepared for the coming years, with the conglomerate on the verge of major restructure as its various divisions prepare to be split into independent companies – one of the summer’s major business stories when it was revealed in a June announcement.

“Somebody sent me a copy of the Times magazine front page from the late 80s, showing the collapse of Apple,” continues Habayeb.

“Apple restructured and moved on to be the first trillion-dollar company. So yes, there are a lot of negative things going on now, but I’m confident for the future; particularly in our region.

“We decided that our businesses are strong and are good, and we’re having them be independent companies to leverage their ability for them to grow even further through partnerships and through IPOs, similar to what we have done in the past. 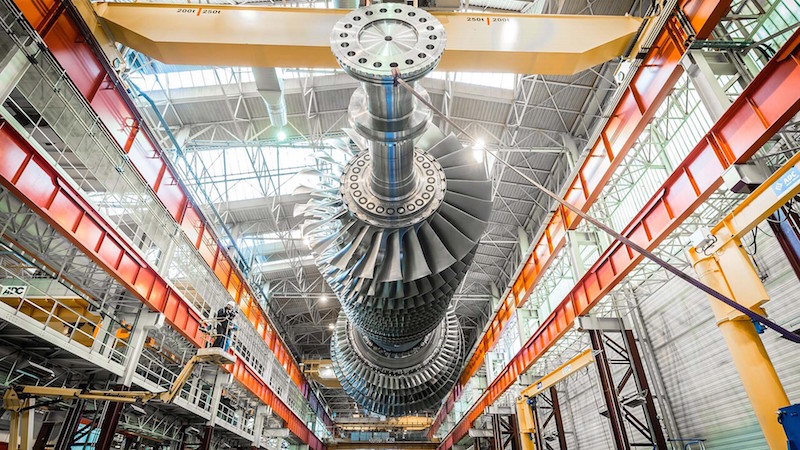 And with so much experience across the GCC, wider Middle East, North Africa, Turkey and Pakistan, Habayeb is well placed to understand what the region needs and how to deliver it ¬– not least thanks to his relationships with governments over the years that have helped him distil some universal needs.

“Number two, they are all worried about security. Not border security – I’ll come to that – I’m talking about energy security, food security, water security. That’s why people are looking at renewables.

“The third thing is, how do you create jobs for the 60 per cent of people that are less than 25 years old? How do you make sure they have the skillsets to fill these jobs? Which means how do you have an education system that supports getting these skillsets?

“Then the fourth thing, which is very much tied to the first three, is national security – border security and cyber security.

“When you look at the first three – because I don’t play a part in the fourth one – the first three are what GE is about. There is still a need for healthcare, still a need for diversification and tourism, which aviation plays a big part in. There is still a big need for renewable energy. That’s what we are and that’s what we’re going to continue doing, regardless of what the company is going through.”

The president and CEO’s positive sentiments for the region are backed up by action, he adds, with partnerships, programmes and initiatives all thriving well as an impressive growth trajectory and commitment to local talent.

GE has had a presence in the region for more than 80 years, providing a raft of services and solutions covering energy, healthcare, transportation, aviation, power generation, digitisation, sustainability and more.

Among its most recent news, the company announced it will supply four nuclear turbine islands for Egypt’s first nuclear plant, was awarded the first large-scope integrated service contract for Saudi Aramco’s Marjan oilfield through GE company Baker Hughes (BHGE), and signed an agreement with Saudi Cement to increase power output and efficiency.

The company also announced the signing of Principles of Cooperation with the Iraqi government, aiming to add up to 14 GW of power and create up to 65,000 jobs in the country.

Partnership with eastern markets remains crucial to GE, with the company working together with Chinese EPC companies for more than 20 years.

It’s a snapshot of the widespread and large-scale work GE does across a number of industries and geographies, both in the private and public sector.

Many of the achievements GE has enjoyed to date, and much that regional strength Habayeb highlights, have been realized thanks to the healthy relationships the company has fostered over the years. And these relationships are regarded by the president as central to the past, present and future of GE’s endeavours.

“This region is all about relationships. Once you develop the relationships and the trust, people work closely together to help each other,” he says.

“We have shown to the region that we are a local company in many of the countries that we have, and when you start to focus on the priorities that I talked about earlier, you become part of the fabric. You start helping each other.

“The market has a lot of challenges, such as financing, which is a big issue. But with our global network and our relationship with the capital market, expo credit agencies, and so on, we are able to help bring solutions.

“We’ve developed strong partnerships, and partnerships work together to address challenges that each partner may have in a market to move forward. And that’s what we’ve been able to do.”

Forging these partnerships and relationships hasn’t always been straightforward, with different countries having been at different stages of development, understanding and need. But Habayeb explains he has seen an evolution on this front – certainly within particular countries.

“We have seen tremendous change,” he says.

“When you think about Saudi Arabia with Vision 2030, the accountability that the kingdom’s leadership has across the board, and the transformation that’s being made in the transactions and interconnections of everybody, it’s a big change.

“It used to be very difficult to connect the dots and move things ahead. Now you go there and everybody is singing to the same tune; everybody is aligned and interconnected. Things move a lot faster and people are held accountable for getting things done.

Saudi Arabia provides an interesting case study in what GE can provide today, with Vision 2030 committing to fast and long-lasting change in the kingdom.

Projects such as the $500bn Neom mega-city and the Red Sea Resort will pose Saudi Arabia with tech, power, energy and other challenges that need to be addressed, while GE’s launch of a 2.75 MW wind turbine for Saudi Aramco at the Turaif Bulk Plant will help the kingdom reach its goal of installing 9.5 GW of renewable energy capacity by 2030.
“Saudi Arabia is a big market, for sure,” says Habayeb.

“The needs there are huge, and lot of the priorities that are embedded in Vision 2030 are aligned to what GE can offer.

“We have invested a lot in local manufacturing and service capability, in skillsets, creating jobs of Saudi women, developing local leadership. Everybody in our leadership team there is from Saudi, and over 70 per cent of our people – more than 2,000 – are Saudis.

“Now, the big thing there is the focus on renewable energy. When you see the announcement on NEOM, it’s great. That helps our renewable energy business that is now expanding over there.

“And also the focus on driving efficiency on digitization. Our healthcare team is doing an amazing job with the Ministry of Health, for instance, in improving the efficiency of the healthcare system using our digital platform.”

Not just in Saudi Arabia, renewables has been a much-talked about sector across the GCC, wider Middle East, and beyond.

The UAE approved the world’s two largest solar projects last year – the Mohammed bin Rashid Al Maktoum Solar Park in Dubai, and the Adwea Sweihan plant in Abu Dhabi – while the International Renewable Energy Agency said Saudi Arabia is expected to lead renewable energy developments this year with up to $7bn worth of new tenders.

A report published by consultancy Strategy& earlier this year said investments in renewables in the region could reach $16bn in 2020. With a cumulative total of $40bn invested between 2016 and 2020.

But for Habayeb, renewables have long been an important issue and have only come to light recently due to increased market attention.

“I remember 10 years ago when I sat with several ministers of energy whose economies were based on hydrocarbons, a meeting about renewable energy would end in a nanosecond. Now it’s those ministries that are really driving renewable energy.

“Technology in renewable energy has really, really improved to be competitive, which is great. And it’s the right thing for the region to do, because we’ve got the wealth, whether it’s solar capability or wind. It’s in Oman, Bahrain, Saudi Arabia, UAE, Jordan, Egypt, Tunisia. Morocco has been leading quite a bit; Algeria is talking about it.

“Take a look at some of the private equity and some of the developers in the region: They are all interested. This is why you see more talk about it now.”

Habayeb cites UAE-based Masdar as one of the key drivers for renewable growth in the region, encouraging other parts of the Middle East to move their plans forward with confidence.
And it’s that theme of confidence that appears central to the president’s outlook – along with an unwavering commitment to GE’s long-standing essence.

“Our plan is to really stay focused with translating what the market and the region needs and priorities are, to what the company means,” he says.

“This region continues to be extremely important for the company, and the leadership has identified that and been extremely supportive of what needs to be done.”

With that backing, and that commitment, you can be sure GE will continue to play an influential role in the region – no matter what the global headlines may say.