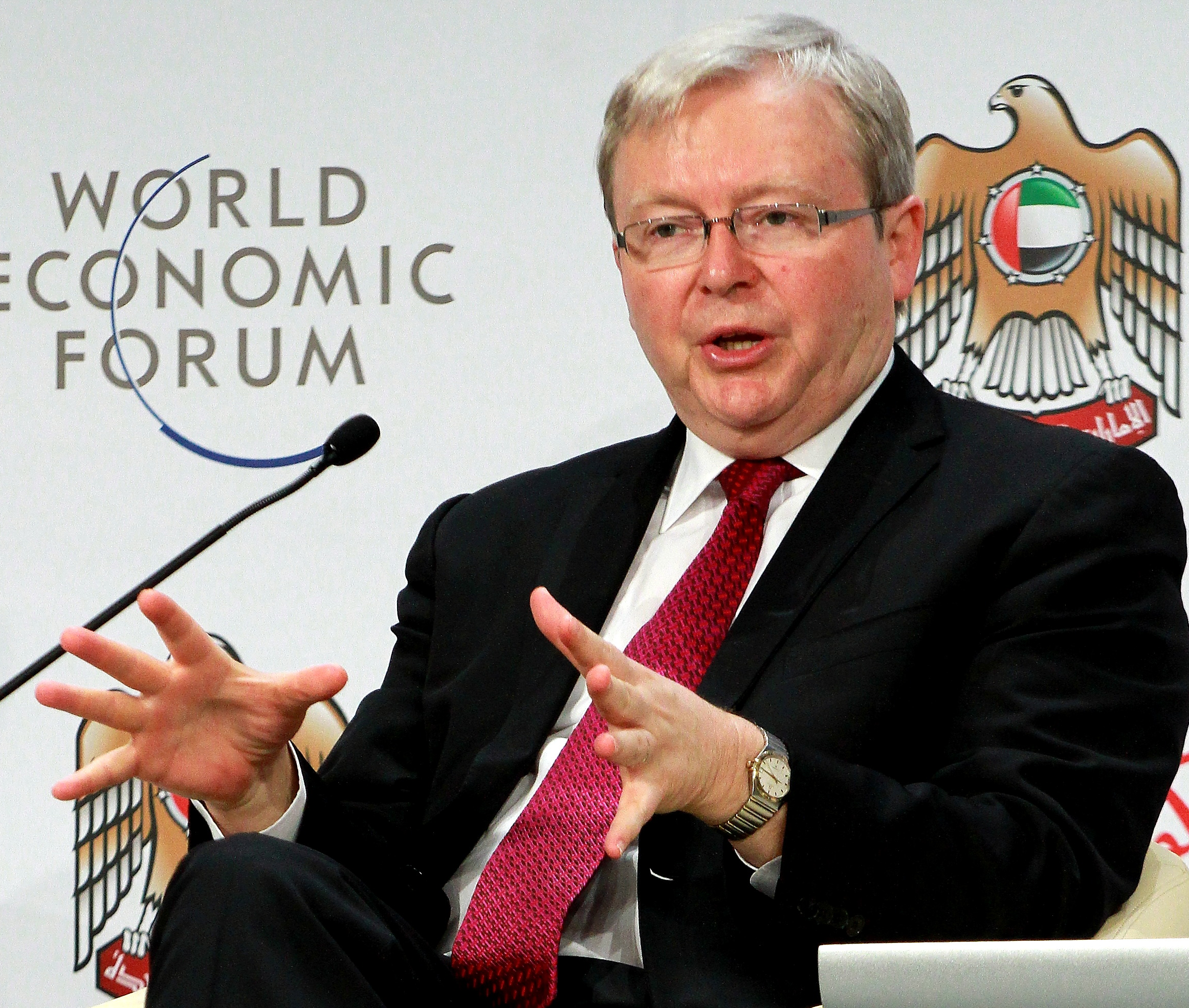 He added that the Euro crisis has sapped the continent of energy. This, he said, is rebalancing global power play as Europe’s diminishing power is occurring alongside the rising power of China.

“China will become the largest economy in the world in the next 10 years, and it will be critical to engage with it in this transition,” he said.

The Australian Member of Parliament also pointed out that there are many fragile states in the Middle East that are facing large-scale unemployment in spite of large scale government initiatives.

He added that with increasing climate change, the production of food would become skewed, leading to volatility of “historic proportions” in food supply and distribution.

Rudd led Australia during what is regarded as the most difficult phase of the global financial crisis, and is widely credited with Australia becoming the only major advanced economy not to go into recession.

As Prime Minister and Foreign Minister, he also oversaw the doubling of Australian foreign aid over five years, making Australia the seventh largest aid donor in the world. Rudd is also recognised as one of the founders of the G20 as an important global economic decision-making institution.

He is still deeply engaged with Australia’s strategic and economic future in Asia.