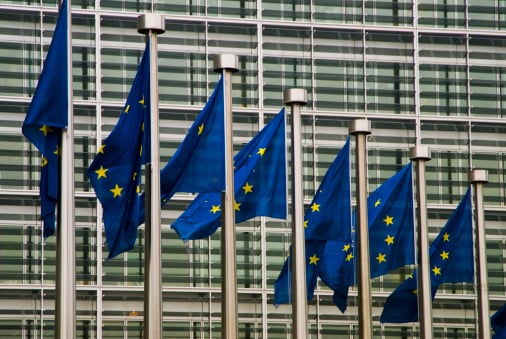 The moves were part of a gradual tightening of EU sanctions against the government of Syrian President Bashar al-Assad, who has clung to power despite a three-year-old civil war in which close to 200,000 people have been killed.

The EU said the 12 ministers, appointed by Assad in a cabinet reshuffle in August, shared “responsibility for the regime’s violent repression against the civilian population”, and would be subjected to asset freezes and travel bans.

The EU imposed similar sanctions on Colonel Mohammed Bilal, a senior officer in the Air Force Intelligence Service of Syria, and Major-General Ghassan Ahmed Ghannan, commander of the 155 Missile Brigade, who it said was “responsible for firing at least 25 Scud missiles at various civilian sites between January and March 2013.”

The 28-nation bloc followed the United States in freezing the assets of Pangates International Corp Ltd, based in Sharjah in the UAE, saying it “acts as an intermediary in the supply of oil to the Syrian regime.”

“Therefore, it is providing support to, and benefiting from, the Syrian regime,” the EU’s Official Journal said, listing the new sanctions which take effect on Tuesday.

Both companies were added to the list in July, accused of organising covert oil shipments to Syria.

Tuesday’s decision brings the total of people on the EU’s Syria sanctions list to 211 and the number of companies or other organisations to 63.

EU governments agreed on Monday to ban the export of jet fuel to Syria because it is being used for air attacks on civilians, but that decision will not take effect until legal texts have been drawn up.