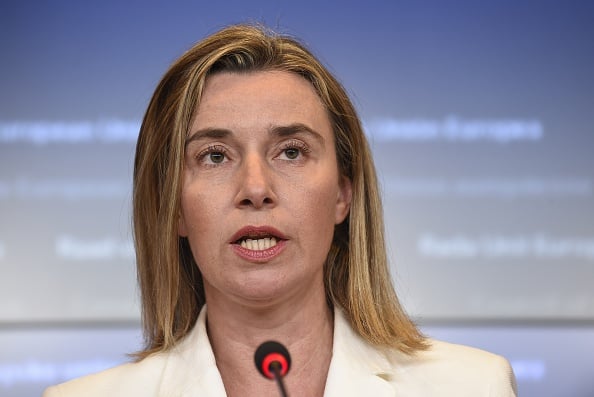 The visit comes after the West and Iran signed an agreement that will see sanctions being lifted from Iran in exchange for Tehran toning down its nuclear programme.

Mogherini, who will arrive in Saudi Arabia on July 27, will discuss “regional issues, in the aftermath of the agreement reached on July 14 on the Iranian nuclear issue, as well as international issues of common interest,” the statement added.

She will proceed to Iran the following day to discuss the implementation of the nuclear accord and other regional and bilateral issues.

Mogherini’s visit to the region follows that of the US defense secretary Ash Carter, who was reportedly in the region to reassure Saudi Arabia of American support after the nuclear deal.

The nuclear deal could facilitate business worth billions of dollars between western companies and Iran. But the accord has not been well received in the Middle East.

Saudi Arabia has publicly welcomed the deal but has also voiced concerns.

The Sunni- Gulf country feels that lifting sanctions will provide Iran with more funds to back its allies in Yemen and Syria, which might further deteriorate the Middle East’s political crisis.

The Kingdom is also worried that Iran will start meddling in its internal affairs and stir up trouble through Yemen.

Prince Bandar bin Sultan, a former head of Saudi’s intelligence services, said that the deal would allow Iran to “wreak havoc in the region.”

However the US and other western powers have argued that a deal with Iran would make the region safer since it removes the threat of the country developing nuclear weapons.