EU Election: "This Time It's Different", Or Maybe Not - Gulf Business 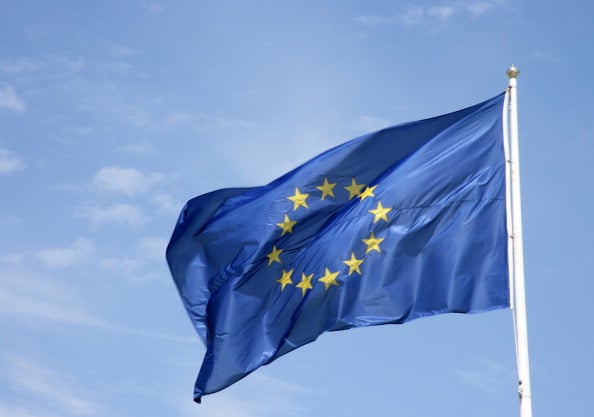 Draped down the side of the European Commission’s headquarters, a 13-storey-tall banner urged citizens to vote in the European Parliament elections, proclaiming in English, French and Dutch: “This time it’s different.”

Well maybe, but maybe not.

The unwritten sub-text was that voters would be choosing not just their representatives in the European Union’s legislature but also the next president of the executive Commission, which proposes and enforces EU laws.

A swathe of politicians, including French President Francois Hollande and leaders of the main cross-border European political parties, have said so explicitly. But it ain’t necessarily so.

The banner is part of a power struggle in which parliament is trying to seize control – in the name of democracy – of the nomination of a successor to Jose Manuel Barroso from national leaders, based on an ambiguous clause in the Lisbon Treaty, the updated rules that govern the EU.

The battle broadly pits those who want “more Europe” against those who want to rein in the powers of Brussels and keep the big member states in the driver’s seat.

The treaty says EU leaders propose a candidate “taking into account the elections of the European Parliament” and after appropriate consultation. The EU assembly must approve the nominee by an absolute majority of its 751 members. If not, the procedure starts again within one month.

The tug-of-war begins in earnest on Tuesday when leaders of the parliamentary groups and EU heads of state and government meet separately in Brussels to consider the results of the 28-nation election.

Jean-Claude Juncker, Martin Schulz and Guy Verhofstadt, the leading candidates of the centre-right, Socialist and liberal political groups respectively, have been criss-crossing Europe for weeks addressing rallies and have agreed in principle to support whichever one of them tops the poll.

“One of the candidates here will be the next president of the European Commission,” Schulz said during a live television debate among the frontrunners or “Spitzenkandidaten”, declaring that the era of back-room deals was over.

Juncker has said it would be a betrayal of the electorate if one of those candidates did not get the top job. “They might as well tell people never to bother voting again,” he said.

The parliamentary power grab is partly a reaction to perceptions that Barroso, a former Portuguese prime minister, has acted too much as the obedient servant of the big member states, notably Germany and France, over the last decade.

Critics of the parliament’s bid say national governments, elected on a far higher turnout, remain the primary source of democratic legitimacy in the EU.

They also argue that politicising the European Commission, which serves as Europe’s impartial competition referee, sits in judgment on national budgets and prosecutes governments that breach EU rules, would be unnecessary and dangerous.

Some warn that any perception that the Commission is in the pocket of a parliament led by federalists eager to raise EU spending and fund it with dedicated European taxes would run counter to the public mood and fan rampant Euroscepticism.

Even some veteran integrationists have misgivings.

Jean-Louis Bourlanges, a former French EU parliament member and ex-president of the pro-integration European Movement, branded the attempt to turn the parliamentary vote into a U.S.-style presidential election a “Euro-presidential hoax”.

Bourlanges compares the European election to a dimmer rather than a light switch. Because of its complex nature as a union of states and peoples, the EU does not offer stark left-right choices but different shades of consensus.

In his view, the Commission president, whose powers are limited as chairman of a college of fellow commissioners – equals appointed by member states – needs to remain above party politics to build a broad policy consensus through negotiation.

The outcome of this power struggle will likely set a precedent for the balance among the European institutions.

In the eyes of federalists, the Commission, parliament and the European Central Bank are natural allies because they are to supranational bodies independent of national governments.

That is precisely what the more sceptical governments, notably in Britain and the Netherlands, want to avoid.

They are looking to German Chancellor Angela Merkel to support them on the principle of preserving EU leaders’ right of nomination, even though she has given verbal backing to Juncker as the candidate for her political family.

British Prime Minister David Cameron has told his French and German counterparts that neither Juncker, a former Luxembourg prime minister, nor Schulz, the German president of the outgoing European Parliament, is acceptable to Britain, diplomats say.

Both are seen as traditional federalists, two sources familiar with Cameron’s thinking say, and could be a liability in Britain, where the conservative prime minister has promised to negotiate a repatriation of some EU powers and hold an in/out referendum in 2017 if he is re-elected next year.

Previous British prime ministers blocked Belgian candidates for the Commission presidency in 1994 and 2004.

London no longer has a veto, but veteran Brussels diplomats say it is hard to imagine fellow leaders forcing it to a vote and isolating Cameron.

One diplomat involved in past appointment processes forecast weeks of horse-trading in which parliament may well for the first time reject the first candidate put forward by EU leaders before an eventual compromise.

In keeping with EU tradition, a package deal of top jobs will have to balance left and right, north and south, east and west, big states and small ones, and men and women.

“Like a children’s birthday party, everyone will have to get a going-home present,” said the envoy, speaking on condition of anonymity because he is still involved in European negotiations.

“The parliament will have to be promised something else as a consolation.”