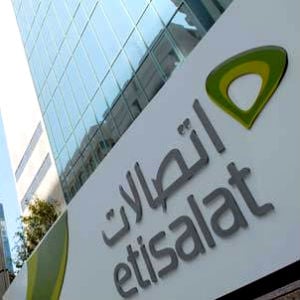 UAE telecoms operator Etisalat has said it will shut down the operations of its Indian joint venture, three weeks after an Indian court cancelled the affiliate’s licence amid a corruption probe.

On February 9, Etisalat wrote off $827 million relating to India unit Etisalat DB (EDB), in which it owns a 45 per cent stake, after the affiliate’s 15 licences were among 122 the Supreme Court ordered to be scrapped.

“The decision of the Supreme Court … has removed EDB’s ability to operate,” Etisalat said in an emailed statement.

“As unanimously resolved by the (Etisalat) board this evening, Etisalat DB will be taking steps to reduce operating costs, including the suspension of its network and services.

“The decision has been taken in order to protect the interests of all stakeholders and to avoid incurring further costs at this time of rapid change and continued uncertainty in the Indian telecommunications sector.”

Etisalat will decide on any future activity in India “when there is clarity on the auction process and telecommunications policy and greater legal and regulatory certainty and stability,” it added.

The companies whose licences are being cancelled can bid in an auction to regain the licences and radio airwaves.

Etisalat paid $900 million in 2008 for its stake in the nascent company, then called Swan Telecom, after the licence had been granted. Etisalat has said it invested more than $1 billion in the venture, later renamed Etisalat DB.

Top executives of Etisalat’s India partner DB Group and the joint venture mobile company are among 19 people and six companies charged by police in the telecoms licence scandal, awaiting trial.

Etisalat DB has licences for 15 of India’s 22 telecom zones and its 1.7 million subscribers as of December ranked it 14th in a 15-operator market.

It was slow to roll out services, for which it was rebuked last year by the Indian government, while in January network host Reliance Communications said it had cut off Etisalat DB over non-payment of fees for using its towers.

India revoked 22 mobile licences held by a Telenor joint venture and on Tuesday the Norwegian operator said it was dumping its Indian partner, accusing it of “fraud and misrepresentation”.

Bahrain Telecommunications Co (Batelco) agreed to sell its stake in Indian affiliate S Tel to its Indian partner after the unit was another to have its licences revoked.

S Tel on Tuesday said it is helping clients switch to other operators but did not respond directly to reports that it had decided to shut down.