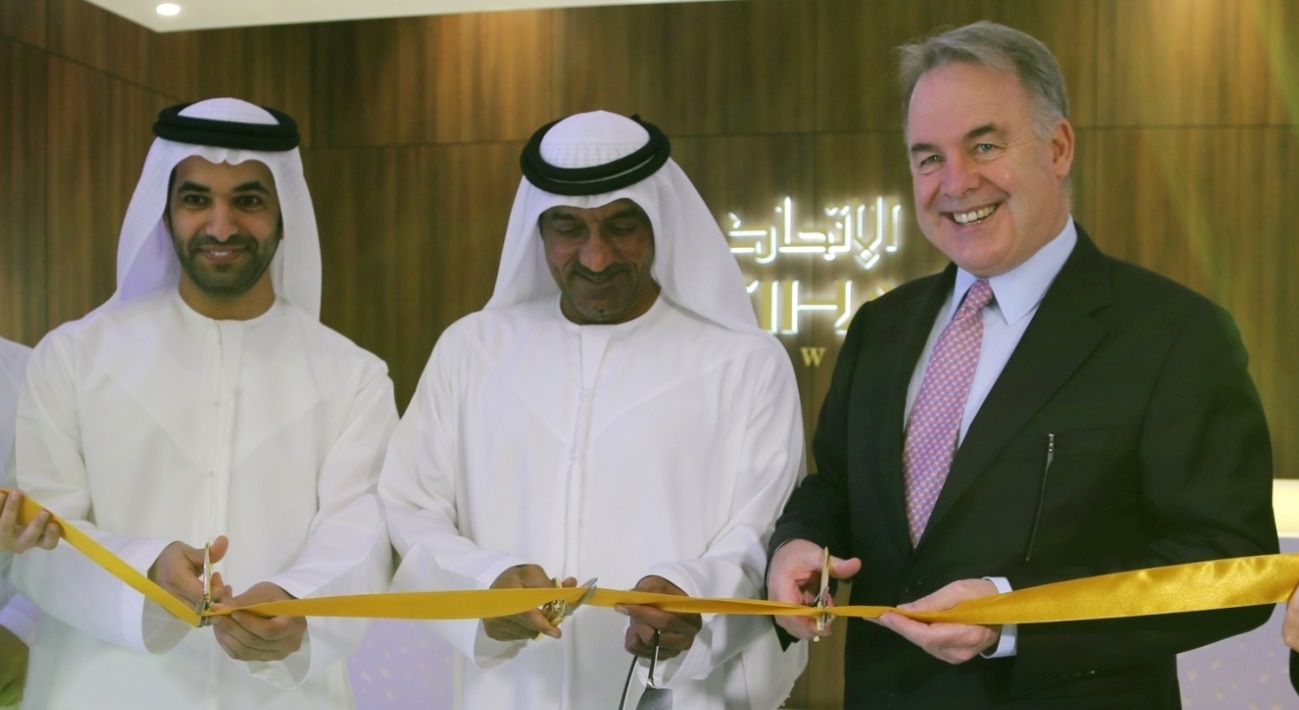 Etihad Airways has opened a new check-in-come-retail facility in Dubai in a bid to attract more passengers from the city, particularly from neighbouring Jumeirah.

HH Sheikh Ahmed bin Saeed Al Maktoum, Chairman of the Dubai Aviation Authority and Emirates Group, officially opened the mall this morning – in a clear sign of ‘co-opetition’ that illustrated how both emirates foster competition.

It will mainly appeal to economy passengers, especially those on early flights who can now spend time and money on site before catching buses to Abu Dhabi International Airport.

The biggest draw is the convenience factor as the facility is open 24/7, and passengers can use six monitors to self check-in, print off their boarding passes and drop off their bags at four counters, before heading to the adjacent bus gate, which contains 60 chairs. Four electronic departure and arrival displays are available.

Buses will run regularly and continue to stop at Dubai Marina Mall. First and business class passengers can access the facility, although in reality they will book limousine transfers.

Etihad President and CEO James Hogan admitted that the new mall “will take some pressure” off Abu Dhabi as it endeavours to keep up with growth ahead of the Midfield Terminal Complex opening.

“We’re looking at a new site in downtown Abu Dhabi too,” he said.