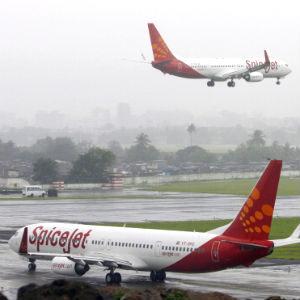 Abu Dhabi-based Etihad Airways has denied that it is planning to buy a stake in Indian budget carrier SpiceJet.

Indian media reports had earlier claimed that Etihad and Qatar Airways are in talks to buy a minority stake in SpiceJet.

While Etihad formally declined to comment on the report, insiders said that there was no truth in the story.

“We’ve had initial interest from many players and there are initial speculative talks taking place,” he said.

“But we can’t take anything forward until FDI in the aviation sector in India opens up.”

Currently, India does not allow foreign airlines to invest directly in Indian carriers, but the government is expected to change the rule.

Indian carrier SpiceJet has just started operating direct daily flights to Dubai from Delhi and Mumbai this week. The seven-year-old airline will be flying its new generation Boeing 737-800s on the route.

Dubai is SpiceJet’s third international destination after Kathmandu and Colombo.