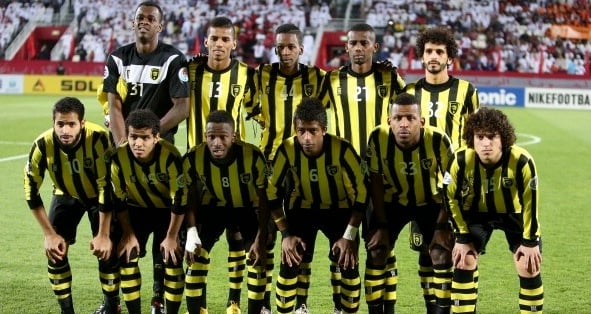 As part of the deal, Etihad will receive prominent branding at home matches and training, access to players for marketing activities, presence at press conferences and other exclusive events.

The airline will also be the preferred airline for the club and supporter travel when they fly abroad for the Asian Champions League competition.

“Saudi Arabia is one of our most important markets and we are delighted to support a team based in our home region.”

President of Al Ittihad FC Ibrahim Al-Balawi said: “The partnership gives us an opportunity to extend our reach outside of the traditional market of Saudi Arabia and into other areas of the world such as Asia, where we also have a strong following in our fan base thanks to our success in the Asian Champions League.”

Regional airlines such as Etihad, Emirates and Qatar Airways have been investing heavily in sports sponsorship over the last few years. A recent report by sports marketing research company Repucom also found that in 2014, UAE companies, led by Emirates and Etihad, invested $163m in shirt sponsorship with the Arab state surpassing Germany at the top of the sponsorship investment table.

Earlier this year, the airline also signed a sponsorship deal with Indian Premier League cricket team Mumbai Indians. It entered into a three-year partnership deal with the England and Wales Cricket Board in July last year, becoming the first ever official airline partner of the England Cricket Teams.