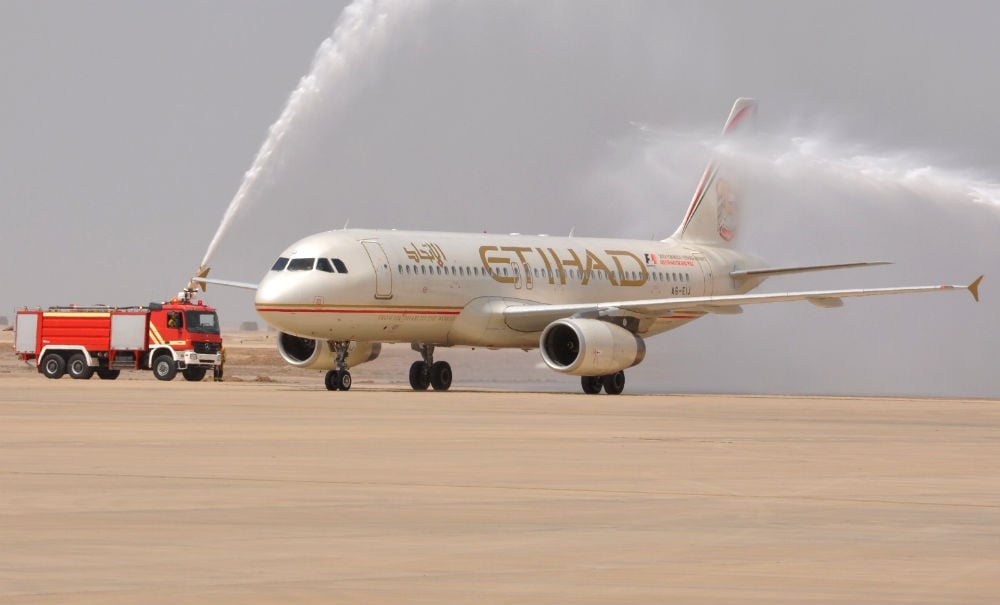 Gulf carrier Etihad Airways is close to buying a 48 per cent stake in debt-ridden Indian carrier Kingfisher Airlines for a little over 30 billion rupees ($550.3 million), the Mumbai Mirror reported on Tuesday.

A formal announcement of the deal could come around Dec. 18, the birthday of Kingfisher’s flamboyant chairman, Vijay Mallya, the newspaper said, without saying how it got the information.

Kingfisher, whose planes have been grounded for the past two months, declined to comment on the report. Etihad did not immediately respond to an email sent by Reuters.

Abu Dhabi-based Etihad will initially buy a 30 per cent holding in December and a further 18 per cent by next August, the paper said, adding Etihad and Kingfisher refused to deny or confirm the stake sale.

Battling stiff competition and high operating costs, Indian carriers have been in talks to sell minority stakes to foreign investors. Etihad was reported to be eyeing buying a stake in Jet Airways, India’s largest airline by total passengers carried.

Kingfisher, which Mallya launched with much fanfare in 2005, was once India’s second-largest airline by domestic market share. For most of this year, the carrier has struggled to pay its staff and has not flown since early October due to protests and safety concerns.

According to one estimate, it is saddled with roughly $2.5 billion in debt.

Kingfisher shares were up 4.7 per cent in early trade on Tuesday.