The savings are equivalent to approximately 1,236 flights between Abu Dhabi and Barcelona or the removal of over 10,200 cars from the road, the airline said.

Fuel consumption is influenced by several factors such as air traffic management, weight carried and how the aircraft is flown.

Last year, the airline’s B777-200s were retired in favour of the most fuel efficient commercial aircraft in operation, the Boeing 787 Dreamliner, due to its lightweight composite structure, a statement said.

Savings made from reduced engine taxiing as well as reduced flap landings equated to saving fuel for approximately 1,440 hours of flying time, saving 7,900 tonnes of fuel and eliminating 24,900 tonnes of carbon dioxide.

A new app has been introduced to all pilots which provides information on current fuel-saving achievements as well as saving opportunities for every flight they are performing.

Several weight reduction projects have also been completed, including a carpet retrofit across the airline’s fleet to a lighter option, the refining of catering loads based on the actual number of passengers on board, and controlling the amount of potable water loaded based on actual requirement.

An improved engine washing procedure performed at regular intervals to remove environmental deposits, which increase engine workload, also improved efficiency by as much as 0.5 per cent, the statement said.

While aviation regulation dictates that a fuel contingency of 3 per cent should be carried, Etihad Airways said it has adopted a new fuel planning methodology – approved by the General Civil Aviation Authority (GCAA) last year – which allows the airline to deviate from the rule. It said analysis of historical statistical data produced a more accurate calculation of actual fuel required.

Etihad also operates a programme devoted to sustainability and carbon reduction, refined through continuous operational adjustments as well as long-term projects such as aviation biofuel development. 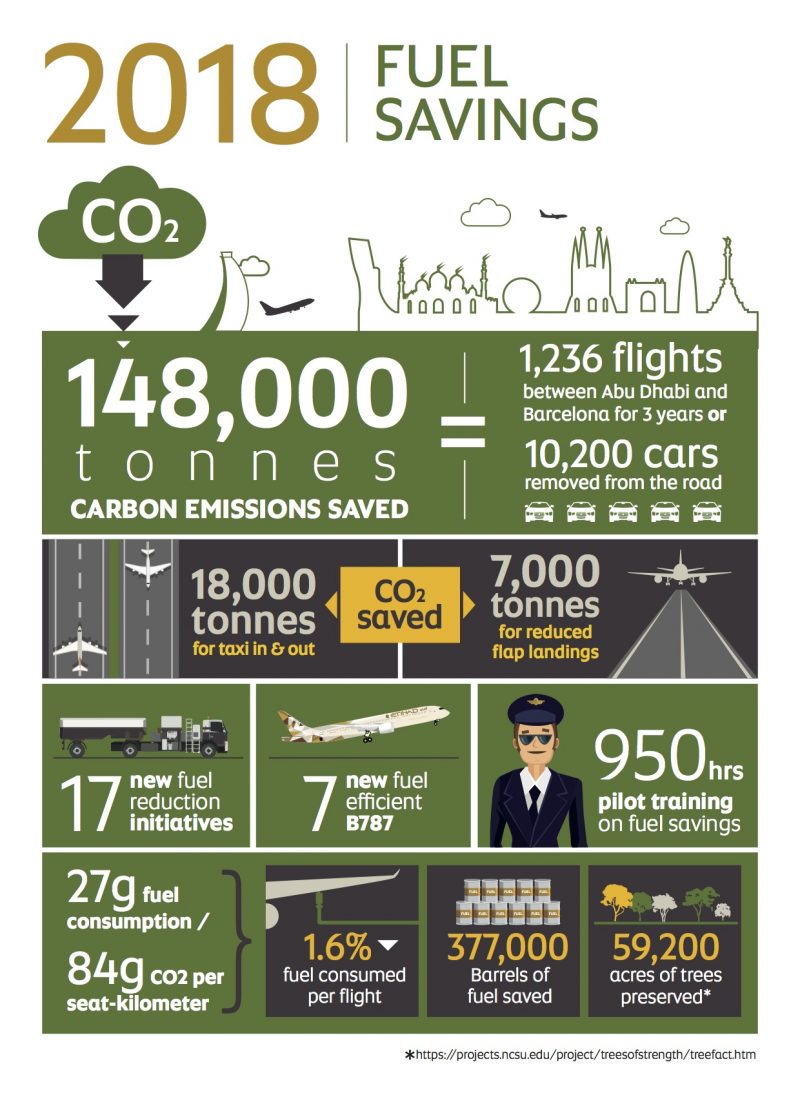