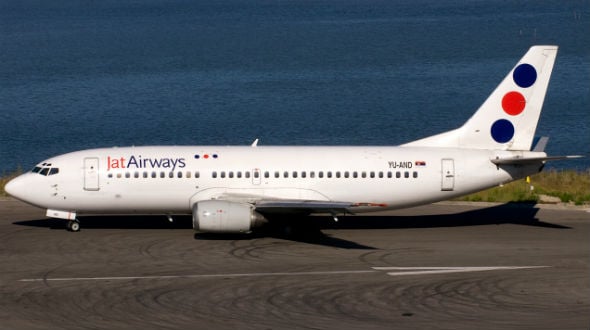 Serbia is aiming to offload loss-making state firms, including JAT, Galenika pharmaceuticals and the Zelezara Smederevo steel mill, to keep 2013 budget deficit at about 4.7 per cent of output and secure growth of up to three per cent.

Last month, Etihad and JAT signed a preliminary agreement over a possible equity investment, pending due diligence and regulatory approvals.

Earlier this week, Serbia’s Deputy Prime Minister Aleksandar Vucic said he was hoping for a successful deal with Etihad, adding that JAT Airways should be renamed Air Serbia.

“We will be … proud of Air Serbia, which will be more successful and better than JAT Airways,” Vucic said.

The Blic said the talks between Etihad and JAT also involved purchase of maintenance company JAT Tehnika and JAT Catering. The deal could be signed within two weeks, the report said without specifying the price.

Previous attempts to sell JAT have failed due to lack of interest from prospective buyers.

Earlier this year, the Serbian government said it was ready to take on 170 million euros ($219.5 million) of JAT’s debt, which last year stood at 3.68 billion dinars ($43.1 million), pay leases for six new aircraft from EADS’s Airbus and secure severance payments for redundant workers.

JAT currently operates 10 Boeing 737-300s and four ATR 72-200 turboprop aircraft on 30 routes within Europe and to the Middle East.