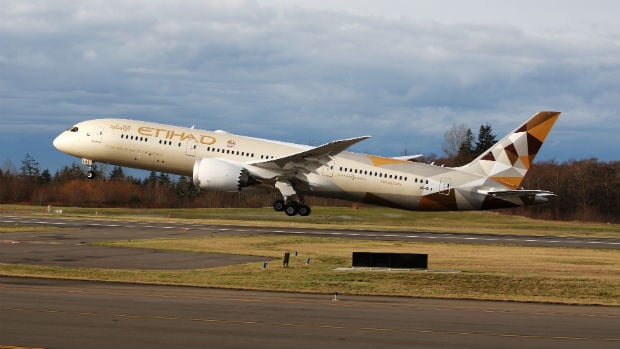 Abu Dhabi carrier Etihad Airways announced that it will increase the number of weekly flights it offers to Maldives during summer to meet growing demand on the route.

The airline will add four additional weekly flights on the Abu Dhabi – Male route between July 1 and September 17, 2017.

The additional flights will operate on Thursdays, Fridays, Saturdays and Sundays and increase frequency on the route to 11 services a week.

The summer expansion will be operated by a two-class A320 aircraft, with 16 business and 120 economy seats.

The capacity increase will cater to “high demand during the peak summer season,” a statement said.

Overall connectivity to and from destinations in the GCC and Europe will also increase and, new two-way connectivity will be established from markets such as Edinburgh, Jeddah, Madrid, Moscow and Zurich, it added.

Etihad has been operating flights to Maldives for five years now and has carried more than 450,000 passengers on the route.

The airline launched daily scheduled flights between the capital cities of the UAE and the Maldives on November 1, 2011.