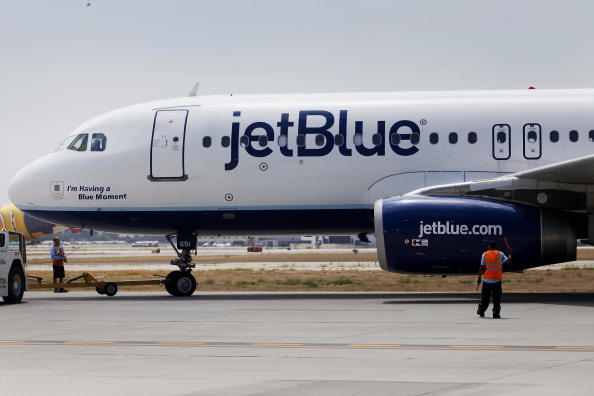 In the first stage of the agreement, Etihad will codeshare on 40 JetBlue routes within the U.S. with further codeshares planned for later in the year.

Etihad also plans to introduce codeshare on JetBlue flights between New York and destinations in the Dominican Republic, Jamaica and Colombia, subject to U.S. and foreign government approval.

“The U.S. is a major and growing market for Etihad Airways and this partnership with JetBlue will enable us to offer our guests more options for travel within and beyond the U.S.” said James Hogan, president and CEO of Etihad.

Robin Hayes, JetBlue’s president, said: “Like JetBlue, Etihad Airways has quickly established itself as a premier brand built on excellent service and a high-quality product.”

Later this year, JetBlue will debut Mint, the carrier’s new premium offering, featuring the longest lie-flat bed in business class for domestic U.S. airlines and the only private suites on the New York-Los Angeles and New York-San Francisco routes.

With Etihad’s 2014 expansion plans for the U.S., further codeshare agreements with JetBlue can be expected before the year is out.

“In addition to New York and Washington, we also fly daily to Chicago,” said Hogan.

“Just last week, we also announced a second daily flight between our hub, Abu Dhabi, and New York City, and we will start flights to Los Angeles and Dallas-Fort Worth in June and December this year.”