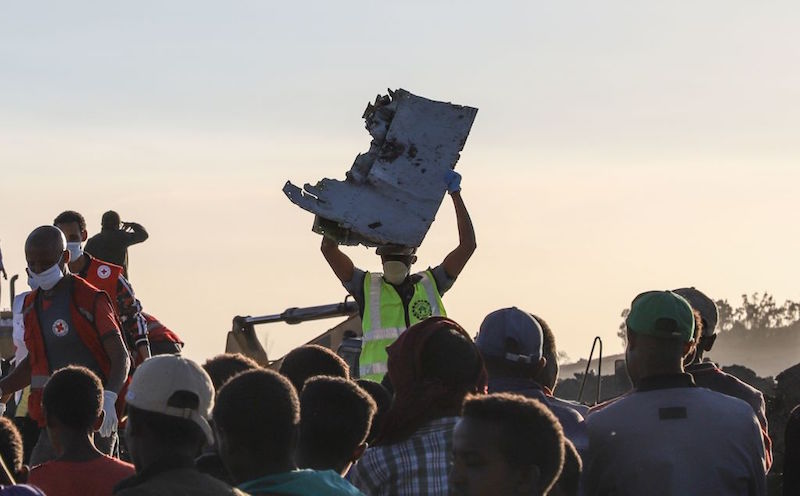 The body of the Saudi Arabian national who was onboard Ethiopian Airlines ET 302 which crashed on Sunday has not been located, local media reported.

Saad Khalaf Al-Mutairi is believed to be among the 157 people who perished when the Nairobi-bound plane crashed six minutes after take-off from Addis Adaba.

“The body was not yet found or recognised but the Ethiopian authorities asked the relatives of other victims to wait for five days at least to receive the remains,” the Saudi ambassador in Addis Ababa Abdullah Al-Arjani was quoted as saying by Saudi Gazette.

Al-Mutairi, 36, was working in the recruitment sector and was headed to Nairobi on work, the official said.

The ambassador said authorities had not yet asked Al Mutairi’s relatives to receive his body, but that his brother and uncle had arrived in Addis Adaba.

Arjani also clarified that Saudi officials were not involved in the investigation into the crash.

While the probe into the crash is underway following the recovery of the black boxes, concerns have been raised about the Boeing 737 MAX jet which crashed.

The aircraft has seen two fatal accidents in the last six months.

Boeing, the manufacturer of the jet, also announced on Wednesday that it was recommending a suspension of the aircraft as a precaution.

“Boeing continues to have full confidence in the safety of the 737 MAX. However, after consultation with the U.S. Federal Aviation Administration (FAA), the U.S. National Transportation Safety Board (NTSB), and aviation authorities and its customers around the world, Boeing has determined — out of an abundance of caution and in order to reassure the flying public of the aircraft’s safety — to recommend to the FAA the temporary suspension of operations of the entire global fleet of 371 737 MAX aircraft,” it said.

“On behalf of the entire Boeing team, we extend our deepest sympathies to the families and loved ones of those who have lost their lives in these two tragic accidents,” said Dennis Muilenburg, president, CEO and chairman of the Boeing Company.

“We are supporting this proactive step out of an abundance of caution….We are doing everything we can to understand the cause of the accidents in partnership with the investigators, deploy safety enhancements and help ensure this does not happen again.”