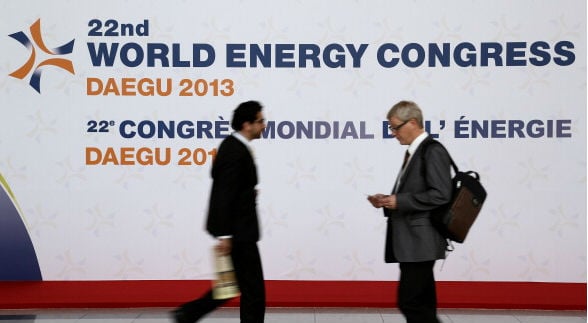 The lack of engagement between nuclear companies and the broader public has resulted in a negative reputation for nuclear energy as a means of power generation, a senior official at Emirates Nuclear Energy Corporation (ENEC) said.

Speaking at the World Energy Congress in Daegu, Korea, Mohamed Al Hammadi, chief executive officer of ENEC, said that statistics show that nuclear energy is a safe, reliable and commercially competitive electricity generation technology but has suffered due to miscommunication with the public.

“Ever since the launch of UAE’s peaceful nuclear energy program, we have ensured that we raise the bar when it comes to public outreach and active engagement with our community,” said Al Hammadi.

“We educate our citizens on nuclear energy and address the myths associated to radiation. As a result of such communication initiatives, 82 per cent of UAE population are in favour of using nuclear energy for peaceful purposes and to continue to power the growth of the nation.”

Al Hammadi added that nuclear energy is one of the two forms of energy generation technologies that are capable of providing continuous, safe and efficient electricity with near-zero greenhouse gas (GHG) emissions.

The ENEC chief executive, who is also chairman of the Global Agenda Council on energy security of the World Economic Forum, said that the UAE has been diversifying its energy portfolio through nuclear energy.

“The UAE made a comprehensive assessment of its energy portfolio in 2008 and decided to pursue strategic investments in clean energy such as nuclear and renewables to diversify its portfolio, increase energy security and achieve higher quotas of sustainability.”