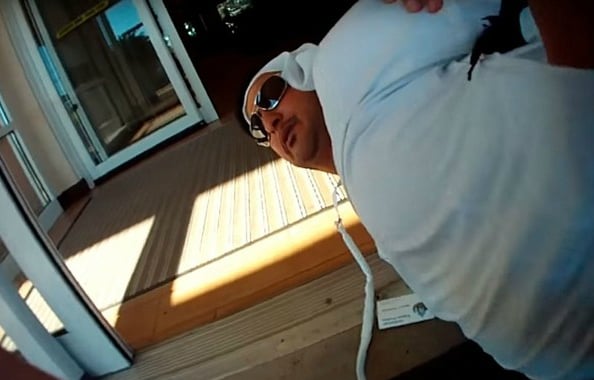 An Emirati businessman who was wrongfully arrested by armed police in the United States after being accused of terrorist links is reportedly back in hospital.

Ahmad Al Menhali, from Abu Dhabi, was arrested in the lobby of the Fairfield Inn and Suites in Avon, Ohio on June 29 after the family member of a clerk claimed to have overheard him pledge allegiance to ISIL on his mobile phone.

He was hospitalised following the incident after reportedly suffering a stroke and has since returned for treatment after suffering from chest pains, according to The National.

Al Menhali’s state of health is said to be delicate following open heart surgery in February, which prevents him from lifting heavy objects or putting stress on his chest.

“When I was arbitrarily arrested and the police pinned me on the floor, I felt an incredible amount of pain that I think is related to my heart surgery,” Al Menhali told the publication. “Doctors are doing some tests now and I hope that things will be OK.”

The Emirati’s lawyers are reportedly conducting an investigation to determine whether to press charges.

He earlier described his treatment by police during the arrest as brutal.

The incident provoked a strong response from the UAE embassy in Washington, which urged the mayor of Avon to take appropriate action to ensure something similar did not happen again. It also asked for an apology by local authorities.

A video of Avon’s Mayor Bryan Jensen and the local police chief apologising to Al Menhali was broadcast by local media.

Footage of his arrest was also published online and lawyer David Malik said there were still unseen clips.

“Once our investigation is complete, we will further analyse which federal and state laws of the US apply to his situation. At that time, with the express permission of Mr Al Menhali, we will proceed accordingly,” he told The National.

UAE ambassador to the US Yousef Al Otaiba expressed his dismay and concern over the incident and said the police “acted inappropriately” and with “excessive force”.

“The hundreds of thousands of Emiratis who live in or visit the US each year for business, medical care, education or tourism should expect to be treated the same, not singled out because of their beliefs, attire or language.”

Following the incident, the UAE’s Ministry of Foreign Affairs and International Cooperation reportedly urged Emiratis not to wear national dress when travelling abroad amid concerns Al Otaiba’s attire may have been a factor in his arrest.

Marriott International, which owns the hotel where Al Menhali was trying to book a room, apologised for the “terrible misunderstanding” and said staff would be given diversity training.

Mayor Jensen said the circumstances surrounding the arrest were being reviewed and it was being determined if the person who placed the call could face charges.