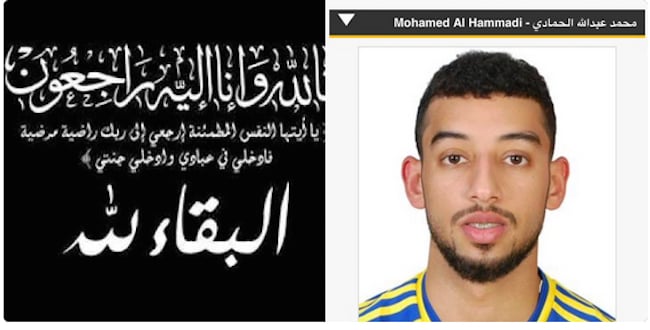 The 23-year-old defender, who played for Al Dhafra FC, died after his car crashed into a pole in Khalifa City, according to media reports.

Officials from the club expressed shock at the accident and offered condolences to his family.

Al Hammadi moved to Al Dhafra from Al Jazira football club, where he made his local debut in 2014.

The player scored six goals in 59 appearances made in matches played between 2014 and 2017.