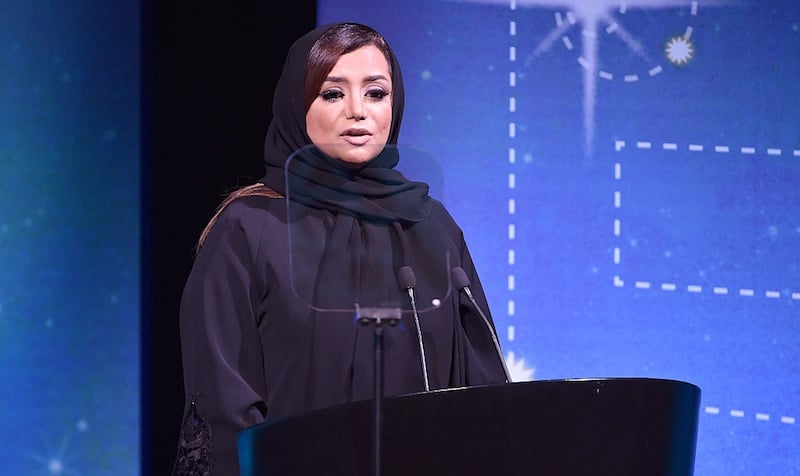 “We discussed this, that there should be some kind of government fund. It could be raised by cinema tickets, with a percentage of it going in a fund, and it could fund a few films a year,” she explained.

Al Khaja was commenting on the importance of generating support for the business side of the UAE’s film industry, which she believes will come in due course as momentum builds.

“That’s one side of the industry that’s never been focused on, and I think that’s why we don’t have that snowball effect of making more films,” she said.

“When it comes to the business side of filmmaking, that country lacks film producers and film financiers. It’s only because the industry here is extremely young – it’s only been over 10 years, so the infrastructure is still growing. I think once we have a film that generates a proper income for the investor, that will attract more films.

“We still have to see that date where we have an independent film that will make a big noise worldwide that will attract investors in the film domain. Until then we will keep pushing.”

The director recently announced that her initiative, The Scene had joined forces with Roxy Cinemas to screen independent and local films at the cinema’s Box Park and City Walk venues in Dubai.

As part of the collaboration, a series of talks, workshops and events, titled Made in the UAE, were launched. Offering “tips, tricks and hacks” to aspiring actors and filmmakers as well as industry professionals, the monthly episodes will focus on technical elements of the craft as well as important industry topics such as
censorship, while aiming to build a strong community.

The UAE’s film industry received a boost at the end of May with the news that the country’s filmmakers are now eligible to submit full-length films to the Oscars, with the first entries permitted for the foreign language film category at the 90th Academy Awards in 2018.

Abdulhamid Juma, chairman of the Dubai International Film Industry, called it “another step forward to placing UAE film and talent on the world cinematic map”.