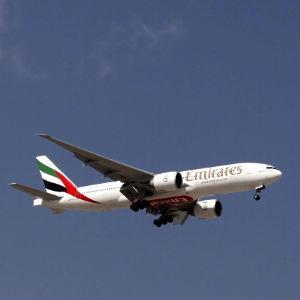 The sukuk that matures on June 16, will not be refinanced, Emirates’ President Tim Clark said in a interview with the Dubai-based paper in Beijing.

“No, we are not refinancing the $550 million (bond). We are just about to repay the sukuk,” he was quoted by the paper.

Clark added that the airline was well financed for its future plane deliveries but may look at another bond issue if required.

Earlier this month Emirates, which is among the 10 biggest airlines in the world by passenger numbers, reported a 72 per cent drop in 2011 net profit following a steep rise in fuel costs.

Dubai’s Emirates to ramp up operations to South Africa