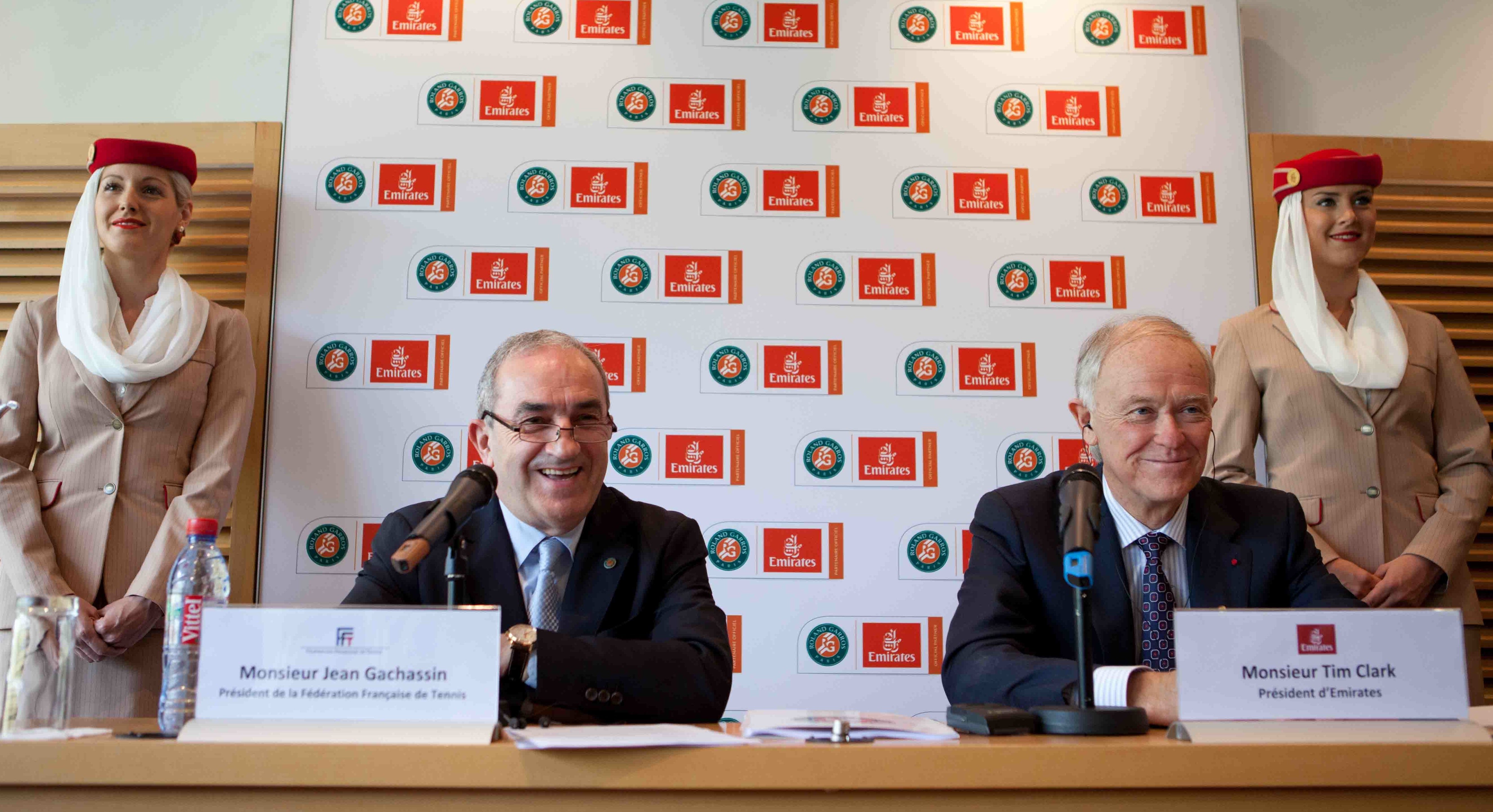 Emirates has been appointed Official Partner of the Roland Garros tournament in a five-year sponsorship deal, starting with the 2013 edition running between May 21-June 9.

Tim Clark, president of Emirates Airline, said the tournament is a “natural extension” of its tennis sponsorship portfolio, watched by millions around the globe.

Jean Gachassin, president of the French Federation of Tennis, said having Emirates on board will enable it to expand the tournament’s global reach.

Emirates branding will appear on the Centre court as well as panels on competition courts. In addition to a private lounge for Emirates guests at the Roland-Garros Village and boxes along the courts, Emirates will also have a dedicated area to welcome guests in the RG Lab, the Fan Zone area.

It marks the airline’s third tennis sponsorship in Europe after the Internazionali BNL d’Italia (Italian Open) announced last year and the Barcelona Open, announced in March.

Other major tennis competitions sponsored by Emirates include the US Open, the Rogers Cup, BNP Paribas Open and the Dubai Duty Free Tennis Championship.

Emirates is also the Official Airline of the ATP World Tour and sponsor of Emirates ATP rankings.