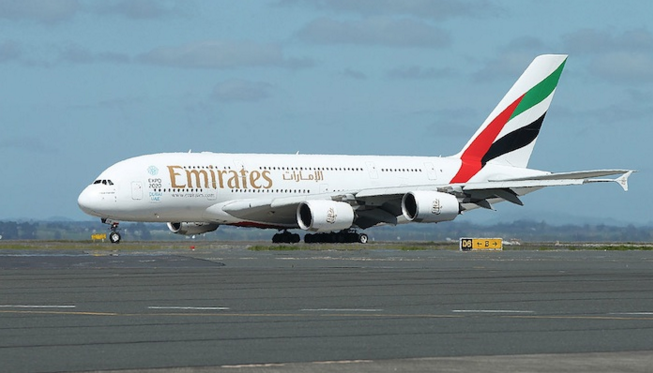 Dubai-based Emirates has been ranked the world’s most valuable airline brand and the top brand in the Middle East, according to the 2016 Brand Finance Global 500 report.
The airline’s brand value grew 17 per cent over last year to reach $7.7bn and it was placed 171 on the global list.

This is the fifth consecutive year that Emirates has seen a rise in its rank and its brand value has more than doubled since 2009.

Brand Finance chief executive David Haigh said: “Our analysis shows that Emirates is more popular than ever– its brand equity scores for consumer factors such as familiarity, consideration, preference, satisfaction and recommendation are up across the board.

“Emirates’ growth this year suggests that by 2020 it could become the first Middle Eastern brand to enter the top 100 of our ranking.”

The airline is also growing its social media community and has a combined following of 11 million across Facebook, Twitter, Instagram, LinkedIn, and Google+. It recently became the first airline to have one million followers on Instagram.

A report last week by communications agency IHC found that the carrier enjoyed the best brand image in the United Arab Emirates. It was also ranked as the most positively perceived brand among residents in the UAE, another poll by YouGov found.

Divisional senior vice president for Corporate Communications, Marketing & Brand Boutros Boutros said: “We invest strategically in building our brand and it is reflected in everything we do.

“We have differentiated the Emirates brand not only through our marketing and sponsorships initiatives, but also through our competitive combination of quality products and services, and technology-driven customer initiatives.”

The Dubai airline marked 30 years of operations in 2015 and launched six new points last year, expanding its network to 150 destinations worldwide. Emirates also received 26 aircraft last year, retaining its position as the world’s largest operator of the Boeing 777 and the jumbo Airbus A380.

Dubai’s Emirates offers special A380 fares to over 20 destinations