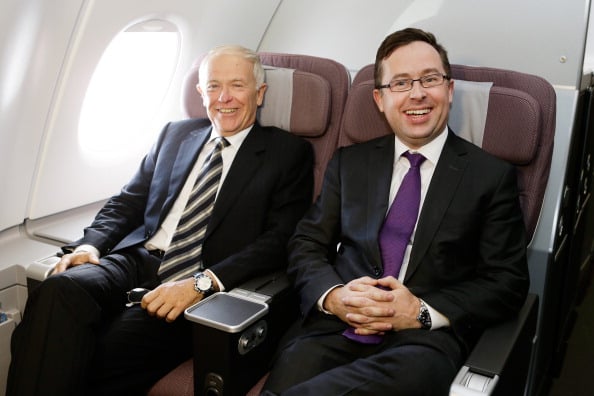 Australia’s competition watchdog has given a preliminary nod of approval to an alliance between struggling national flag carrier Qantas Airways and Dubai’s Emirates, but only for five years, not the 10 that had been sought.

The Australian Competition and Consumer Commission also set some conditions on routes between Australia and New Zealand, saying full approval could allow the pair to reduce or limit growth in capacity in order to raise airfares for those flights.

The alliance, which includes switching Qantas’ hub to Dubai from Singapore for European flights, will enable Qantas to cut loss-making international routes and focus on its profitable domestic and budget operations.

“It’s a positive outcome for Qantas and it would have been very negative for the future of the international division if this alliance wasn’t going to progress,” said David Liu, Head of Research at ATI Asset Management.

“Having this alliance will alleviate some of the concerns that you would have if the business was still standalone. It will provide some support to the share price,” he said.

The regulator’s final decision is due in March.

Qantas announced the Emirates deal in September, ending its 17-year alliance with British Airways, owned by IAG, which some analysts have suggested could seek a new partner such as Qatar Airways.

The alliance is deeper than a straightforward code-share arrangement – where airlines share some flights – but stops short of a global revenue-sharing deal or equity injection from either side.

The tie-up has been welcomed by the government, airports and tourism organisations. But rival Virgin Australia, which operates its own alliance with Etihad, has argued the deal is too broad and would entrench Qantas’ dominant position in the domestic and corporate market to the detriment of Australian passengers.

Virgin also contended a 10-year alliance was too long and any effects should be tested over a shorter period of time.

Analysts have suggested the alliance could save Qantas A$90-100 million before taxes annually. The airline has yet to reveal its own estimates for cost savings.

Qantas has been stripping costs out of its business after a year troubled by a record fuel bill, rising competition and a labour union that has opposed the carrier’s spending cuts.

Emirates, meanwhile, is looking to increase its business in Australia to counter moves by Etihad and Qatar.

Etihad doubled its stake in Qantas rival Virgin Australia to 10 per cent last month and Qatar Airways launched its first service to Perth this month, saying that it also wanted to partner with Australian carriers.

Qantas Chief Executive Alan Joyce said on Thursday that the airline would seek to respond to watchdog’s concerns about Australia-New Zealand routes.