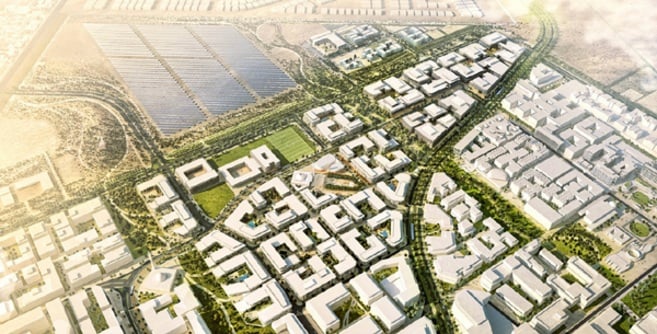 Both ENEC and its newly-formed subsidiary Nawah Energy Company have moved to the new base near Abu Dhabi International Airport as construction of the UAE’s first nuclear power station Barakah progresses.

ENEC announced it had formed the subsidiary to operate and maintain its units at the nuclear plant earlier this month.

First built in 2008, Masdar City is said to be one of the world’s most sustainable urban developments, playing host to the Masdar Institute of Science and Technology, alongside a handful of multinational companies and start-ups.

ENEC chief executive Mohamed Al Hammadi said: “Since its inception, ENEC has been delivering the UAE’s first nuclear energy plant safely and steadily and we continue to move closer to providing the UAE with clean and sustainable energy, saving up to 12 million tons in carbon emissions every year. Masdar City, and the renewable energy that powers its facilities, are other examples of how the UAE continues to pursue clean and sustainable forms of energy following the leadership’s innovative decision to diversify the nation’s supply.

“Masdar City holds many opportunities beyond its great facilities as we continue to grow as a company. The Masdar Institute of Science and Technology lies at the heart of the city and we look forward to working with educators and students to promote opportunities created by the UAE’s peaceful nuclear energy program.”

The construction of the Barakah Nuclear Energy Plant commenced in 2012 and all four nuclear reactors are expected to be operational in 2020. At its full operational capacity, the facility is intended to save up to 12 million tons in carbon emissions every year.