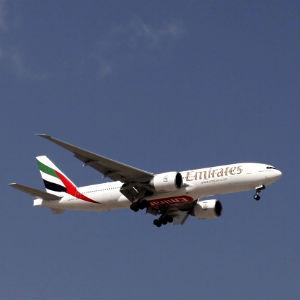 Dubai-based Emirates Airlines has not ruled out the possibility of acquiring other airlines, according to its chairman Sheikh Ahmed bin Al Maktoum.

“I think I always say, if it is the right time, it [full or partial acquisitions of airlines] is possible,” he told the Associated Press.

“It’s opportunity, it’s timing, it’s [a question of] where. Is it going to be something that in the long term, short term, is a benefit to the business that we’re in,” he said.

The airline, which currently flies to more than 120 destinations across the globe, is also eyeing expansion into new routes in the US, said Sheikh Ahmed.

“The bilateral (agreements) between the UAE and the US are very much open. We always see more new destinations to be opened.

“I think one day we’ll fly to Chicago, yes. Fly one day to Florida? Yes. Flying to other destinations? Yes, why not? I think any big cities within the US are a possibility,” he said.

Emirates recently signed a partnership with US airline JetBlue, and Sheikh Ahmed said other codesharing agreements might be in the pipeline.

“We always, I think, remain open about it. We have to decide on a win-win situation when we work with somebody else. … They can cover a number of destinations in the US. And maybe [there will be] others,” he said.