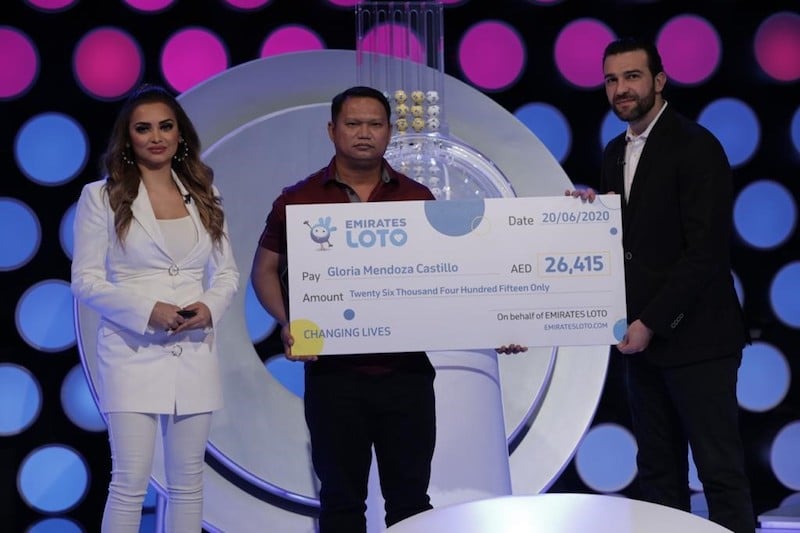 Emirates Loto has paid the hospital bills for a Filipina expat residing in Sharjah, Gloria Castillo, who suffered from a cerebral aneurysm on June 2.

Castillo, a resident of the UAE for three decades, works as a driver and is on a salary of Dhs1,500.

The aneurysm led to an abnormal widening of the brain, which is why she had to undergo a left pterional craniotomy surgery.

Similarly, at the draw held on June 13, Emirates Loto announced that it would provide the resources for 10,000 meals to support Dubai-based Filipina expat Feby Cacher Baguisa-Dela Peña in her initiative to donate meals to those in need.

At the weekly draw held on June 20, no one claimed the Dhs50m jackpot.

Also, no one matched five of the six chosen numbers and hence the Dhs1m prize for that category remained unclaimed too.

The jackpot prize for the next draw scheduled to be held on Saturday, June 27, at 9pm will remain at Dhs50m.