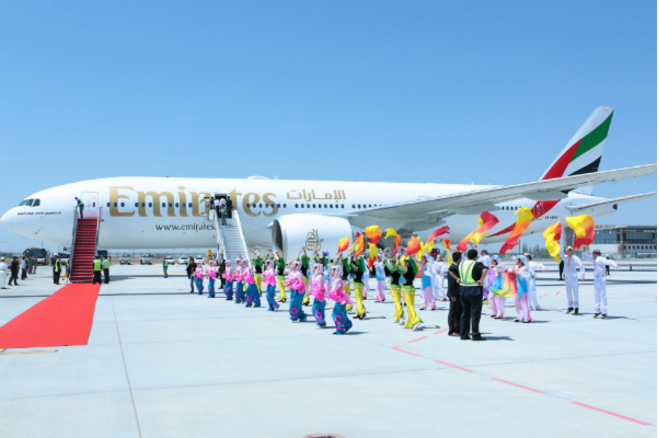 Dubai carrier Emirates has launched a new service to the Chinese cities of Yinchuan and Zhengzhou, expanding its offering in mainland China to five destinations.

The airline will offer flights to the two cities on Tuesday, Wednesday, Friday and Saturday departing from Dubai as EK326 at 02:50am.

“This new route will provide citizens in and near both cities with convenient and fast connections to destinations in the Middle East, Africa and Europe via Dubai,” he said. “We are confident the new air transport links will also help boost trade and tourism flows to the growing central and western parts of China where these cities are located.”

The new route is served by a Boeing 777,200LR aircraft, offering private suites for first class travellers for the first time between Yinchuan and Zhengzhou.

The craft is expected to transport popular local commodities using its 14 tonnes of cargo capacity including mobile phones from Zhengzhou and agricultural products such as goji berries and cashmere from Yinchuan.

The carrier said the new routes would support China’s belt and road initiative as it currently serves 30 of the 65 countries identified.

Emirates was the first Middle Eastern airline to establish non-stop connectivity to China via a freighter service to Shanghai in 2022. This was followed by passenger services to the city in 2004.