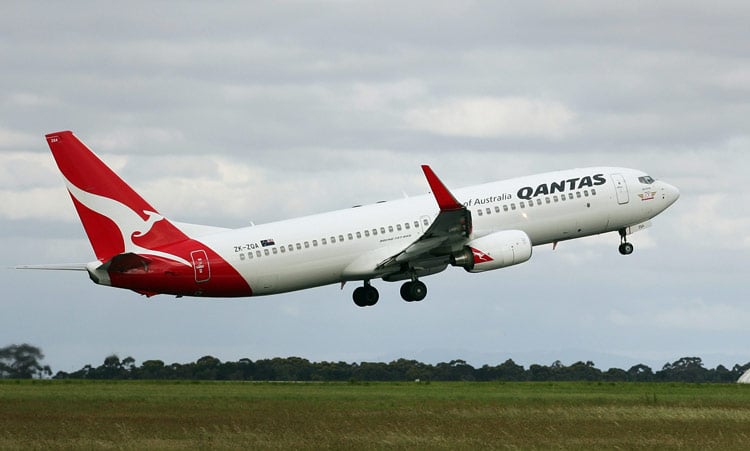 Struggling Qantas Airways is moving closer to an alliance with Dubai’s flagship carrier Emirates, a newspaper reported on Thursday, sending the Australian airline’s shares surging eight per cent.
Any tie-up could help Qantas’ loss-making international division by giving it access to greater numbers of passengers from Emirates’ hub in the Middle East as well as cutting aircraft and other costs.

A final form of the deal could vary from a straightforward code-share arrangement to a more global revenue-sharing deal, the Australian Financial Review reported, citing unidentified sources. There was no mention of a capital alliance.

Qantas said in a statement it was in talks with number of airlines, including Emirates, about potential alliances but said it would not give further details.

“A tie-up with someone like Emirates would give a bit more clarity to the international strategy,” said David Liu, head of research at ATI Asset Management, which sold Qantas shares after a loss warning in June.

“The business is very challenged on a stand-alone basis and they need to get a tie-up, so the sooner that’s done, the sooner people get some sort of certainty with regards to how they are going to reduce losses in the international division,” he added.

Qantas shares were trading eight per cent higher at A$1.07 in morning trade. They slumped to an all-time low of A$0.96 last month after the company warned ofmounting losses from its international operations.

Credit ratings agency Moody’s added to pressure on the airline, saying in a statement that sustainable and profitable international business was a major factor for the airline’s ability to maintain an investment-grade rating over time.

“A scenario involving a major tie-up with a Middle East or Southeast Asian based, hub carrier could alleviate some of the strategicdisadvantages that Qantas faces as an end-of-line carrier,” it said.

AFR said if a deal is reached, Qantas will route many of its international flights through Dubai rather than Singapore, and will rely on its new partner to ferry customers to some European destinations, as well as the Middle East and parts of Africa.

Qantas would also pull out of its Frankfurt base, leaving London as its only port in mainland Europe, with the proposed deal likely to see an end to Qantas’s existing relationship with British Airways, it said.

“When you look at growth plans, it makes sense to partner with them, particularly as we are seeing more competition from China carriers coming in to the market,” Shaw said.

Shaw added that Qantas would likely save $A5-6 million in capital expenditure byusing Emirates aircraft to fly from the Middle East to Europe.

In a separate report by Malaysian business weekly The Edge, an executive at Malaysian Airline System Bhd (MAS) was quoted as saying it may revisit a joint venture plan with Qantas after the Malaysian carrier becomes an official member of the OneWorld Alliance in 2013.

MAS was interested in teaming up with Qantas and British Airways to tap the Australia-Britain route, it said. More than 20 airlines operate the route.