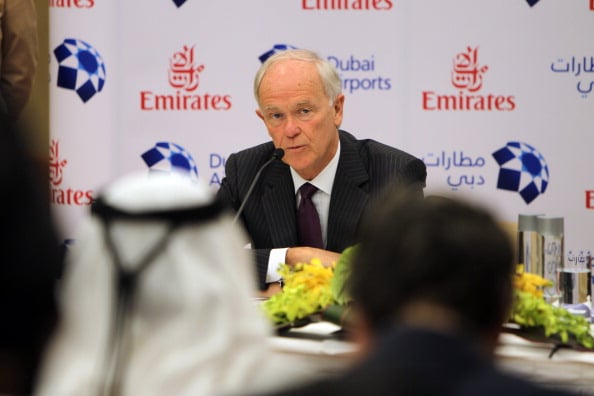 Emirates President Tim Clark thinks “it could get worse before it gets better” for Boeing as it grapples with resolving issues surrounding the B787 Dreamliners.

Speaking at the full opening of Concourse A, he said the B787’s problems are “extremely challenging” not just for manufacturers but airlines receiving them.

“The complexity of the systems, the new aerodynamics, propulsion, introducing composite technologies into passenger airframes – this was always going to be a difficult challenge,” he said.

Clark said he felt “very sorry” for Boeing, who responded to requests from the airline community, not least from Emirates, for more fuel-efficient, long-range aircraft.

“They tried to do the best they could. Maybe it was too far in terms of their understanding,” he said. “This will have set them back in their own chemistry, their own DNA, and it could get worse before it gets better.”

But he added that Boeing is a formidable corporation and remains confident they will sort it out. “They may have a few more hoops to go through, and it may take longer than they thought, but in the end they will get it right. It’s vital that innovation continues to take place in an industry which relies on technology.”

Speaking at the official opening of Dubai airport’s new Concourse A, a purpose-built terminal for Emirates’ fleet of A380s, Clark also said income for the year would rise to 18-20 per cent.