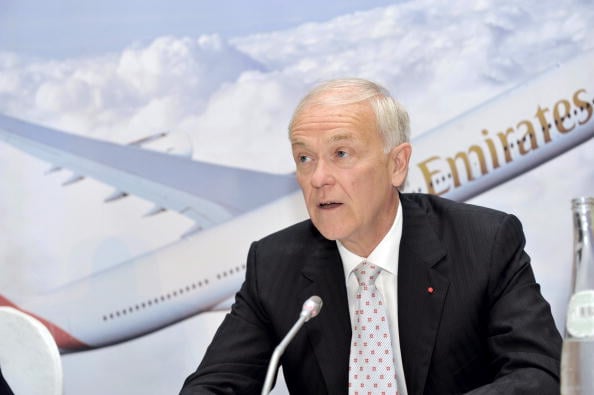 Dubai’s Emirates airline, the largest customer for the Airbus A380, said on Monday it hoped to achieve progress soon on its call to upgrade the world’s biggest passenger jet with new engines.

Emirates has expressed interest in applying the lessons of other Airbus re-engining projects – nicknamed ‘neo’ or new engine option – to the four-engined superjumbo.

“There is a distinct possibility that if the neo is built it will give a 10-12 per cent performance improvement, so it is definitely worth having and we are hoping to move on that pretty soon,” chief executive Tim Clark told reporters.

Such a project would involve an upgraded engine from Rolls-Royce, as well as some weight reduction and better aerodynamics on the aircraft, he said on the sidelines of an IATA airline industry meeting in Doha.

Engine Alliance, a joint venture between General Electric and Pratt & Whitney, competes with Rolls-Royce to supply engines on the current version of the A380.

It supplies the engines for the current A380s operated by the Dubai carrier but is not expected to take part in any engine upgrade as its shareholders focus on other projects.

Emirates increased its order for A380s in November, adding 50 aircraft to bring the total on order to 140.

The first 25 Engine Alliance-powered aircraft are due to be delivered in 2016 and 2017, Clark said.

The second batch will be delivered after 2020 and could be fitted with upgraded Rolls-Royce engines, if that project goes ahead, he added. Emirates will however take delivery even if there is no decision to upgrade the double-decker jet.

“If they don’t produce it we will take it under the old version. There is nothing out there that resembles what the A380 can do.”

Emirates is not interested in Boeing’s 467-seat 747-8, Clark said, despite a report of talks between Boeing and the airline.