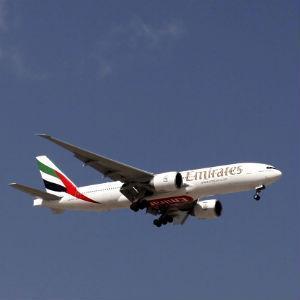 Dubai-based Emirates Airlines plans to introduce 73 additional flights to and from Saudi Arabia during Ramadan, it has announced. The extra flights will operate to Jeddah and Medinah Al Munawarrah from 20th July to 1st September 2012.

“We expect travel to the Kingdom to increase significantly during the holy month of Ramadan in line with the annual movement of pilgrims,” said Ahmed Khoory, senior vice president, Commercial Operations Gulf, Middle East and Iran, Emirates.

“To effectively cater to this increased demand we have added extra services giving our passengers more flight options and easing the flow of traffic.”

“With a growing fleet of 175 aircraft we are fortunate to have the flexibility required to adjust our schedules and accommodate this increased traffic flow,” added Khoory.

The airline received permission from the Saudi Authorities to operate these flights for Umrah passengers, it added in the statement.