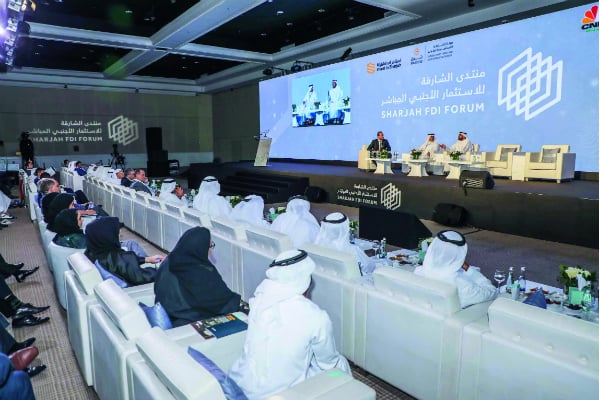 The third edition of the Sharjah FDI Forum in many ways represented the emirate’s growing status as a foreign direct investment (FDI) magnet within the context of the wider UAE Sharjah attracted a record Dhs912m ($248.2m) in FDI last year, according to figures released by Sharjah FDI in April, and in 2015 it accounted for a disproportionate percentage (38 per cent) of inflows to the country as a whole.

Looking to this year, Sharjah’s FDI flows are only expected to increase. Investment from abroad is expected to grow 15 per cent to exceed Dhs1bn ($272m) by the end of 2017. But beyond the immediate future, the emirate is also looking even further ahead to areas that could prove transformative to investment flows and business functions in the years to come.

The Fourth Industrial Revolution – a term first mooted by the founder and executive chairman of the World Economic Forum Klaus Schwab – is set to transform the way we live work and relate to each other and was therefore a fitting of topic of this year’s forum.

“The extraordinary developments taking place because of the Fourth Industrial Revolution have forced our lives to change in drastic ways, and forced us as government entities to ready ourselves and integrate solutions in our services that allow us to witness and experience new economic opportunities, attracting more dynamic forms of investments from entrepreneurs, a sector that has enormously adapted to the growing changes of the digital sector,” said Sharjah Investment and Development Authority chairperson Sheikha Bodour Bint Sultan Al Qasimi in her opening speech.

Under these efforts, the emirate is exploring how the revolution can help improve its education, healthcare, social development and financial sectors while also exploring the impact it will have on investment and trade. As Sheikha Bodour put it “turning this revolution as a solution to our existing challenges”.

In this context, the UAE is already embracing sectors linked to the transformation the Fourth Industrial Revolution is set to bring.

According to UAE minister of economy, Sultan bin Saeed Al Mansouri, the country is now looking at attracting foreign direct investment in specific areas in order to create a knowledge-based economy and ensure sustainability.

These include renewable energy, transportation, SMEs, tourism and the aerospace sectors as well as other areas more specific to the Fourth Industrial Revolution including the Internet of Things, cloud computing, big data and 3D printing.

Amid these expectations, stimulating FDI is forecast to be one of the key challenges facing countries and cities as they compete for a piece of the pie with locations across the world.

And it was in this context that panellists in one of the first sessions at this year’s Sharjah FDI Forum discussed some of the key elements to attracting foreign investment.

“What foreign investors want, based on our experience, is stability, long-term visibility and safety, to ensure that their investment in a country will be profitable and safe in the long term,” said Phillippe Yvergniaux, executive director, International Cooperation Business France.
Deepak Khanna, CEO, International Finance Corporation Investment Office also highlighted how economic and political stability in particular are key to attracting foreign investment flows, areas in which Sharjah and the UAE as a whole have proven successful.

In Sharjah’s case, a particular strength has been its attractiveness to industrial firms, with figures released during the forum revealing the sector alone accounts for approximately Dhs40bn ($10.88bn) of the emirate’s gross national product (GNP) and 25 per cent of total output. 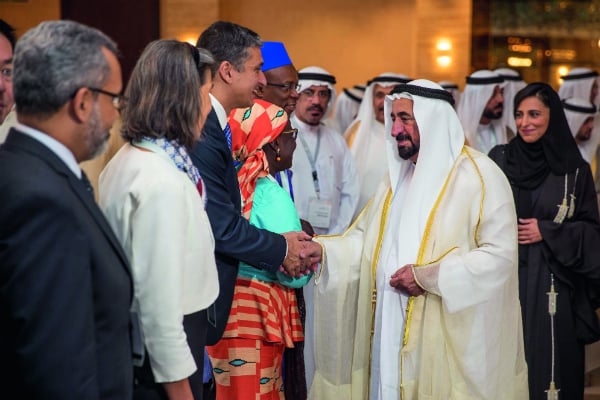 Panellists stressed that the Fourth Industrial Revolution could be an opportunity for Sharjah to attract higher value projects requiring greater expertise.

“For a country like the emirates I think that labour cost may be good for some industrial investments but if you have higher labour costs it is also an opportunity to develop your attractiveness for higher value projects,” said Yvergniaux.

One example of where Sharjah has made progress in this area is in waste management, where local company Bee’ah has emerged as a regional leader.

The company today recycles 70 per cent of the waste it collects in Sharjah and is currently undertaking a project that will find a use for the remaining 30 per cent, with the hope of becoming the first zero-waste emirate in the Middle East by 2020.

In January, the firm announced a partnership with Abu Dhabi clean energy firm Masdar to build a 300,000 tonne waste-to-energy plant that will generate 30 megawatts (MW) of energy.

The plant will be linked to Bee’ah’s auxiliary waste-to-energy project, which will eventually produce a total of 90MW – supplied to Sharjah’s electric grid through a power purchase deal with Sharjah Electricity and Water Authority.

French firm CNIM has been appointed lead contractor for the project. The firm will design, build and operate the plant located within Bee’ah’s existing waste management centre, showing the emirate’s pull for foreign investments in this field.

“There is various ways companies can work,” said HE Khaled Eisa Al Huraimel, group CEO of Bee’ah.
But he suggested the public private partnership model used for the project would be the “most successful direction for firms to take in the sector”.

On top of investment opportunities, sessions throughout the conference saw business leaders discuss some of the key challenges the Fourth Industrial Revolution would bring including the replacement of ‘blue collar workers’ with ‘new collar’ workers highlighted by IBM regional executive for Gulf countries and Levant Bashar Kilani.

“The Fourth Industrial Revolution is more rapid than any other and as Sharjah moves away from a hydrocarbon-based economy, we see that data is becoming the new oil,” he said.

But beyond recognising the challenges, a key takeaway was the need to embrace them.

“People have a fear and a hatred of things they either do not understand or cannot control,” said Dan Hu, general manager of Alibaba Cloud Middle East and Africa.

“And when we look back to first industrial revolution and the advent of the locomotive, there were many workers who were against such radical changes because their livelihoods were threatened, despite it being a far more efficient way to travel and transport goods.”