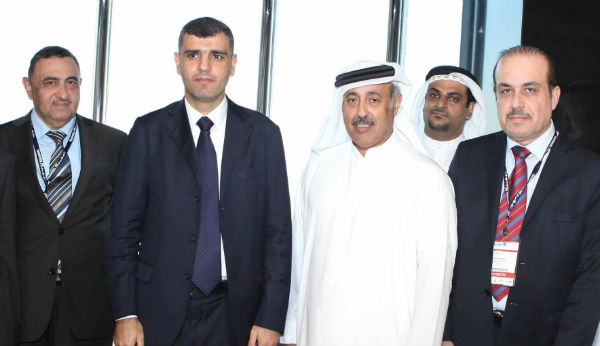 Emaar Properties is to set up a joint venture with the Iraqi government to help address the two to three million unit housing shortage in the war-torn country.

The two parties have signed a Memorandum of Understanding (MoU) at Cityscape Global – the region’s biggest real estate event – that will see the Dubai-based developer answer the demand.

Speaking at the announcement, His Excellency Engineer Muhammed Al Darraji said the Iraqi government would give free land for developers to build on and announced Emaar weren’t the only UAE firm they were in talks with.

“A MoU with Emaar will be signed shortly – we’re looking to build a new joint venture with Emaar as the main developer,” said Al Darraji, the Iraqi Minister of Construction and Housing.

“We are in serious negotiations with Damac at the moment – I don’t want to say anything more as those talks are still on going.”

Al Darraji wouldn’t comment on financial terms but it was officially announced the Iraqi government has a $2 billion budget for housing and infrastructure spend for 2013.

The post-war torn country is looking to produce up to three million new housing units over the next five years as it seeks to rebuild its infrastructure after years of political and international conflict.

Al Darraji alluded to the problems that could hold back development plans, insisting the Ministry was willinging to do what was necessary to speed up the projects.

“We need to relax regulation for people to work in Iraq, to open the market a little more financially,” Al Darraji told reporters.

“If we put more restrictions in it will slow things down.”