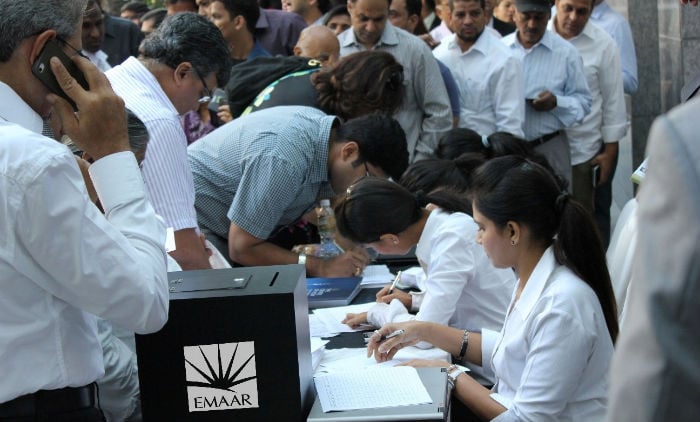 Property developer Emaar Properties said that it has recorded “strong investor response” for its Dubai-based projects during a roadshow in India.

The company held a two-day roadshow in Mumbai where “hundreds of potential customers visited the sales event,” Emaar said in a statement.

The developer showcased its recent project launches in Downtown Dubai, including The Address Residence Fountain Views I and II, The Address The BLVD, Standpoint, CASA villas set in the Arabian Ranches extension, Panorama at The Views in Emirates Living and inventory from its other residential and commercial portfolio in the city.

Ahmad Al Matrooshi, managing director, Emaar Properties, said: “The strong response from India is a testament to the confidence in Emaar’s world-class projects, and in Dubai as a promising and long-term property investment destination.

“For many Indians, the city serves as a second home, building on Dubai’s appeal as the region’s fastest growing shopping, tourism and business hub,” he added.

According to a report by the Dubai Land Department, 25 per cent of the Dhs36 billion invested by foreigners in Dubai’s property sector in 2012 – amounting to Dhs9 billion – was by Indians.

India is also Dubai’s largest trading partner, with total trade exchange valued at over Dhs126 billion in the first 10 months of 2012.

Emaar will continue the roadshow in New Delhi on February 20 and 21.

Dubai’s property market has been posting a solid recovery since its crash in 2008/2009.

Emaar’s serviced residences in Downtown Dubai sold out on the first day of its public launch, the developer said.

More than 80 per cent of its projects launched last year have been sold, it added.

Last week, the company’s shares surged to a four-year high to Dhs5.01 on the Dubai Financial Market. Its shares are up over 30 per cent in 2013.