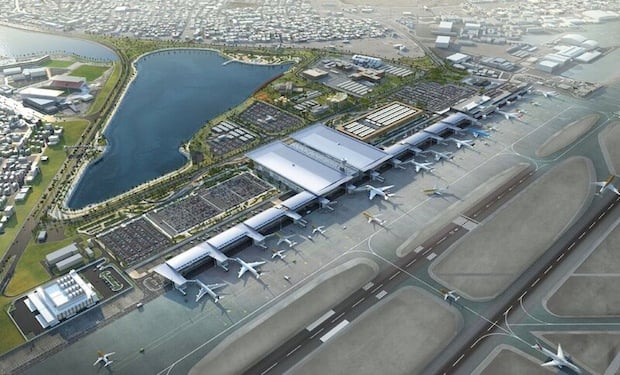 Finnish elevator firm Kone has won the order to supply 145 elevators and escalators for the new passenger terminal building at Bahrain International Airport (BIA), it revealed on Wednesday.

Kone will supply 85 elevators, 40 escalators, and 20 autowalks as part of the deal. The order was booked in the third quarter of 2016.

The deal is part of an extensive modernisation project at the BIA, which is aimed at making the development one of the “most modern and futuristic airport buildings” in the world, a statement said.

The modernisation programme includes a new 20-year airport masterplan, featuring a new passenger terminal spread across 220,000 sqm, and the expansion and refurbishment of the existing terminal.

The main developer is Bahrain’s Ministry of Transportation and Telecommunications.

The first stage of the project was launched with the start of enabling works in March 2015.

The main contract for the $1.1bn new terminal building, the main services building, and aircraft bay was awarded last year to a joint venture between the UAE’s Arabtec and Turkey’s TAV Construction. China’s CIMC won the deal for passenger airbridges, Dutch group Vanderlande bagged the contract for a baggage-handling system and the contract for security systems was awarded to US-based L3 Communications.

Construction on the terminal building began in February 2016, and the programme is expected to be completed by the second quarter of 2020.

Following the refurbishment, BIA is expected to handle 14 million passengers annually from the current nine million. The airport currently hosts over 40 airlines and serves as the base for Bahrain’s national carrier, Gulf Air.