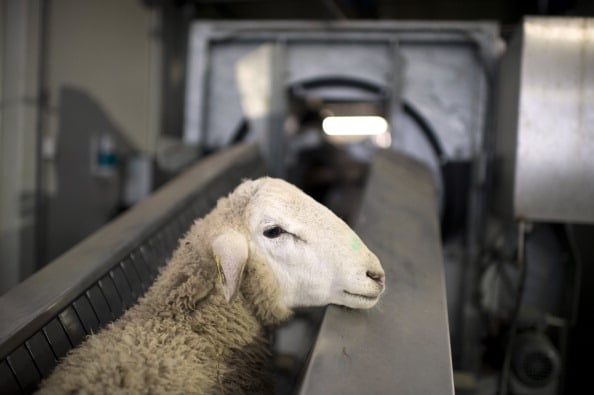 Muslims undertaking the annual Haj pilgrimage to Makkah have been able to make their Eid Al-Adha sacrifice electronically.

Saudi Gazette reports that the 1.8 million pilgrims participating in this year’s Haj had the options of buying computerised coupons to order a sacrifice without seeing the sheep.

The Islamic Development Bank based in Jeddah created the coupon system allowing agencies located around holy sites visited by the pilgrims to sell a sacrifice to pilgrims for SAR460 ($123).

“As soon as someone buys from us, a request is sent to the Islamic Bank through our system and a sheep is slaughtered in an abattoir,” Mansour Al-Malki, a postal worker, told the publication.

A text message is sent to the purchaser to confirm the slaughter and the meat is then handed out to share among the poor and the needy.

Previously a paper coupon system was adopted in the holy city, where the number of pilgrims means it is almost impossible for each one to perform their own sacrifice in person.

The ritual commemorates Prophet Abraham’s willingness to sacrifice his son before a lamb replaces him. It symbolises the believer’s submission to god.