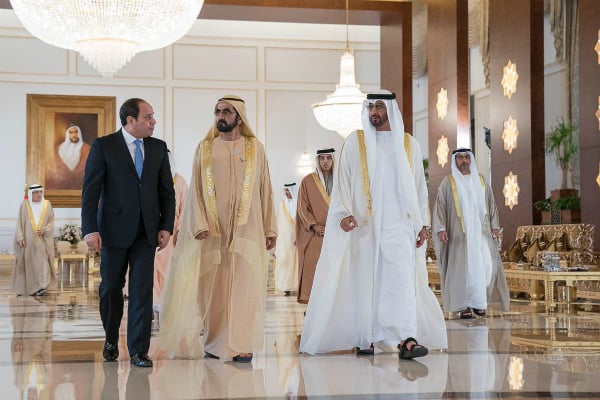 Before his stop in the UAE he visited Oman and met with ruler Sultan Qaboos Bin Said.

Sisi’s visit comes as he seeks re-election in a March 26-28 vote that he is widely expected to win after his main rivals said they were forced to withdraw their nominations.

He faces Mousa Mostafa Mousa, leader of the centrist pro-government Ghad Party, in the final vote.

On his UAE visit, Sisi is set to discuss bilateral relations and regional and international issues, according to Egyptian media.

Egypt joined the UAE, Saudi Arabia and Bahrain in a regional boycott of Qatar last June.