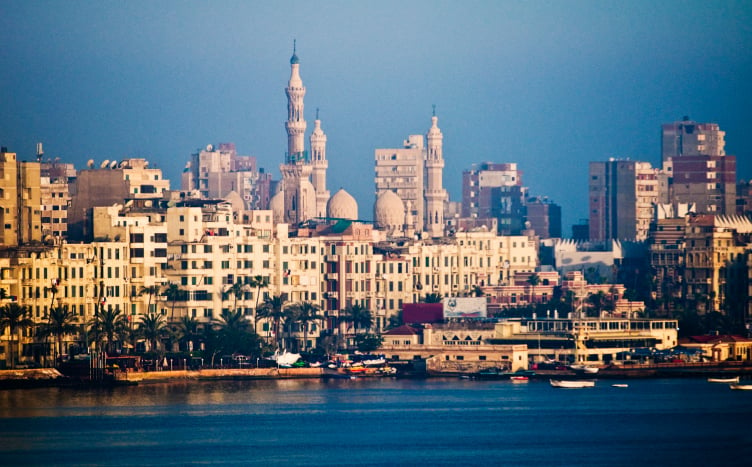 Banque Misr is seeking to borrow $250m from international lenders this year to boost financing at home, while it presses on with plans to expand into three countries it’s targeting in sub-Saharan Africa.

Egypt’s second-largest state-owned lender will use the debt to finance small-and-medium-size enterprises, among other purposes, chairman Mohamed Eletreby said in an interview.

Banque Misr expects a further boost in liquidity when it sells a stake in Banque du Caire in the first half of the year.

“We are in talks with two international institutions on loans with competitive interest rates,” Eletreby said at his Cairo office, declining to identify the banks.

The lender is holding direct negotiations without an adviser, seeking to secure $150m from one bank and $100m from the other.

Egypt’s central bank has given approval for Banque Misr to open a branch in war-torn Somalia – an unusual step for a foreign lender – while it’s also seeking to enter Kenya and the tiny Horn of Africa nation of Djibouti, either via branches or representative offices, Eletreby said.

It already has branches in the United Arab Emirates and France, units in Lebanon and Germany, and representative offices in China, Russia, South Korea and Italy.

Banque Misr is benefiting from sweeping reforms enacted by Egypt over the past three years that helped revive economic growth which stalled in the wake of the 2011 uprising. A steep devaluation of the pound and soaring interest rates have spurred a surge of investment in local debt, helping end crippling dollar shortages.

Taking Shape
The bank saw $15.6bn in foreign-currency inflows in 2019, and $2bn in January alone, according to its chairman. Egyptian workers’ remittances and purchases of local Treasury bills were among the main sources.

That’s helping the lender grow both in its homeland, the Arab world’s most populous nation, and further south on the African continent. Basque Misr is targeting about 40 new domestic branches this year, raising the total to roughly 750.

Hisham Tawfik, Egypt’s public enterprise minister, said on February 18 that initial public offerings of government-owned companies will resume in March, with the lender the second of three firms in line.

Egypt announced plans about three years ago to either list or sell additional stakes in state companies, but moved ahead with only one before the initiative stalled amid a market downturn.

While Eletreby has previously suggested 30-40 per cent of Banque du Caire will be up for grabs, he said a final decision has yet to be taken.