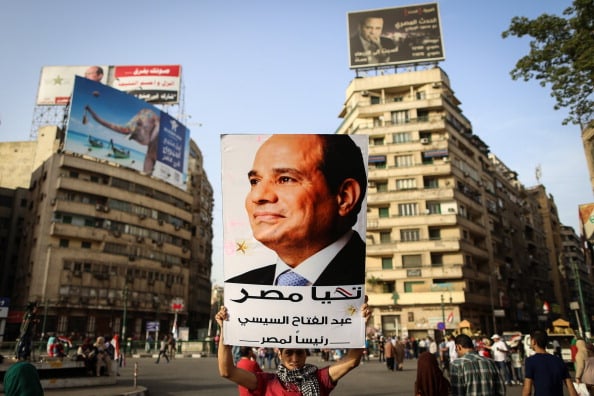 Spokesman Hossam El-Kawish said the ministers, most of them holdovers from the previous 31-member cabinet, would be sworn in on Tuesday.

The most important change will be the re-creation of an investment ministry separate from that of industry and trade, a move critical to Cairo’s chances of enticing back foreign funds to stimulate an economy racked by years of political turmoil. It is not yet known who will head up the investment portfolio.

Keeping the cabinet largely intact could allow Sisi to implement quickly the types of reform urged by the United Arab Emirates – among the Gulf states that gave billions of dollars in aid after Islamist President Mohamed Mursi was ousted by the army in July following mass protests against his rule.

Sisi reappointed Mehleb as premier last week, but the formation of the new government was delayed on Sunday after candidates turned down offers for the ministries of investment, justice, culture and information.

Since the 2011 overthrow of autocratic President Hosni Mubarak, several people have rejected cabinet jobs for fear of opening themselves to potential legal complaints, after a number of former ministers were charged with corruption or taking decisions which were not in the national interest.