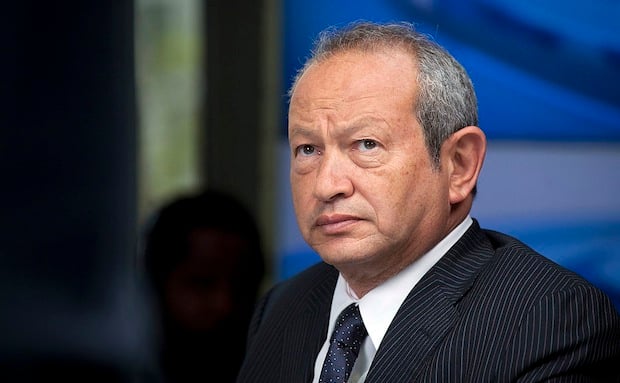 Egyptian billionaire businessman Naguib Sawiris condemned on Friday a crackdown on graft in Saudi Arabia, saying the purge had undermined the rule of law in the Kingdom and would deter investment.

In unusually outspoken comments, Sawiris, a well-known business figure in North Africa and the Middle East, also accused Qatar of destabilising the region, and said there were only a handful of Arab nations that were safe to invest in.

Saudi security forces rounded up dozens of members of the country’s political and business elite last month on the orders of Crown Prince Mohammed bin Salman in what was billed as a war on rampant corruption.

Sawiris, whose family’s Orascom businesses have interests ranging from construction to telecommunications, said influential figures should stand up to the Crown Prince, whom he referred to as “this young man”.

“We need to tell him ‘no’. There is the rule of law and order. You have a transparent process. Where is the court? What is the evidence? Who is the judge?” he told a conference in Rome, questioning the Crown Prince’s motives.

“Are you not part of this? Where did you get your money? Didn’t you do this? What is the system?” he said.

Prince Mohammed has said Saudi Arabia needs to modernise and has warned that without reform, the economy will sink into a crisis that could fan unrest. Critics say his purge is aimed at shoring up his own power base, which the Saudi government denies.

Sawiris said “everyone with a conscience” should speak out, but added that many were too frightened to do so.

“Everyone is scared because they have interests there, they have the oil, they have the money. But you need to have a conscience. When I say this, I know I am done-for in Saudi Arabia. No more business (there). Ok, I don’t care.”

But Sawiris, who is not known to have major investments in Saudi Arabia, predicted business leaders would steer clear of the country in future.

“I think after what happened in Saudi Arabia, no one will invest there,” he said.

Asked where was safe to invest in the Arab world, Sawiris mentioned Egypt, Morocco, Tunisia, Jordan and Sudan, but jokingly dismissed Lebanon.

“The problem with Lebanon is they are all sharks and they leave nothing to anyone. Only a crazy person would invest in Lebanon,” he said.