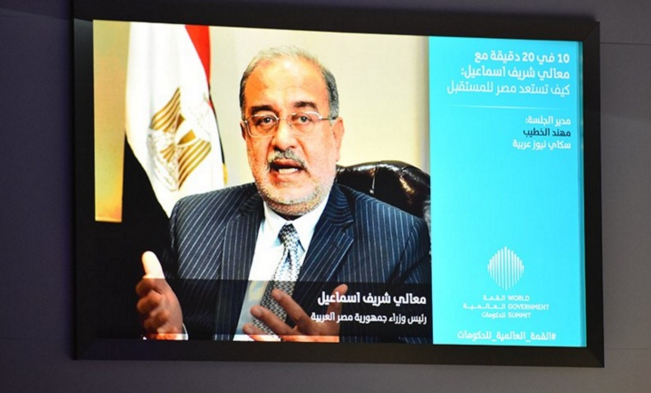 Egypt does suffer from red tape and bureaucratic hurdles but is working on solving the issue, Egyptian Prime Minister Sherif Ismail said at the World Government Summit in Dubai on Tuesday.

The country is currently wooing foreign investment as it seeks to rebuild its economy.

“Certainly there is a big degree of truth that we have red tapism in the government; we have to face reality. But it is not corruption in the simple sense of bribery. It is through obstruction of some projects, not solving problems of investors without delay etc,” he said.

“The government in Egypt is working to solve such bureaucratic hurdles and is seeking to improve performance – especially when it comes to foreign investment. We have an ambitious programme for e-government and we are also looking to introduce a one-stop-shop for investors,” he added.

He asserted that the country presented an attractive opportunity for foreign investors because of its diverse economy.

“Egypt is a state of well established institutions. We have good banking systems, advanced infrastructure and a large domestic market. We have several sectors such as tourism, petroleum, housing, services and different facilities,” Ismail said.

Currently the government is focussing on three main areas including resuming the democratic process; improving economic conditions; and dealing with national security concerns.

Talking about the issue of terrorism he said: “There are some [military] operations we are undertaking but they are limited. We should move not only through military work on ground but also devote attention to religious discourse. Over the last period, ignoring religious discourse led to the rise of terrorist ideology. Hence this is also a priority for our government.

“We in Egypt are tackling terrorism in a very practical way and we hope it will be put to an end very soon,” he added.

Kuwait to resume flights with six countries including India, Pakistan and Egypt