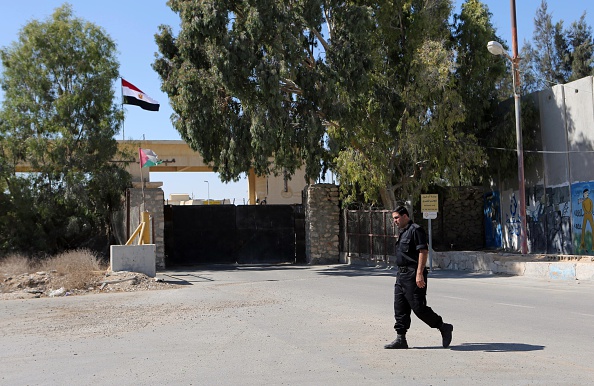 At least 33 security personnel were killed on Friday in the Sinai Peninsula bordering Israel and Gaza, in an attack on a checkpoint that bore the marks of assaults claimed by Egypt’s most active militant group Ansar Bayt al-Maqdis.

In an e-mailed statement on Sunday, the foreign ministry called for support from the international community for “firm, decisive action by the government” to confront militants.

Foreign Minister Sameh Shukri was quoted by the state MENA news agency as saying he would reach out to foreign diplomats in Cairo to appeal for more support “politically and economically”.

Shukri, who left Cairo on Sunday for a two-day visit to Britain where he will discuss security in Libya, did not specify which countries he would tap or what help he would request.

The European Union, and the U.S. and British governments condemned the attacks on Friday and pledged their support.

The government responded to Friday’s attacks swiftly, declaring a three-month state of emergency in parts of North Sinai, where the attacks happened.

President Abdel Fattah al-Sisi said on Saturday the military would respond with measures in the border area where a buffer zone is likely to be expanded to pursue militants and destroy tunnels used to smuggle weapons and fighters.

Egypt’s cabinet on Saturday also proposed a new measure that would allow the use of military courts to try civilians accused of offences such as blocking roads or attacking public property.

Sisi was elected in May after toppling Mursi of the Muslim Brotherhood last year following mass protests. He came into office promising to end the Islamist militant insurgency in Sinai and repair an economy wrecked by political upheaval.

He said on Saturday that Egypt faces “an existential battle” from the Islamist insurgency that has raged since Mursi’s ouster. His government has also cracked down on the Brotherhood, which has been declared a terrorist organisation.

The Brotherhood insists it is peaceful and denies links to attacks over the past year. It condemned Friday’s attack as a massacre, but blamed Sisi for security failings.

Former army chief Sisi has warned that jihadist activity in the Sinai and the spillover of radical militants from chaotic Libya are major security threats to Egypt.

He told Reuters in a May interview that Western nations must pay attention to insurgencies in Egypt and elsewhere in the region since the “map of extremism” is expanding and will eventually reach the West.

Since those remarks, insurgents now calling themselves Islamic State have declared a “caliphate” on land they control on the Syrian and Iraqi border. Egyptian security officials have expressed concern that Islamic State militants have forged ties with radical Islamist groups in Egypt.