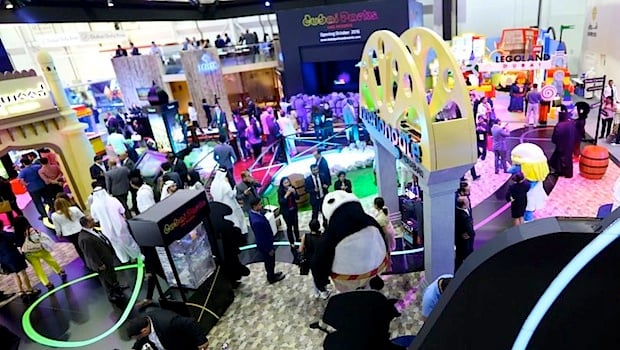 DXB Entertainments is expecting an improved 2018 after reporting a Dhs1.12bn ($305m) loss for last year, the CEO of the Dubai-based theme park operator told Reuters on Monday.

The company also announced it had reached a deal with banks to restructure Dhs4.2bn in debt and had received fresh funding from its majority shareholder, Meraas Holding, a Dubai government-linked developer.

DXB Entertainments owns Dubai Parks and Resorts, a group of theme-parks in the south of Dubai including the Hollywood-inspired theme park Motiongate and a Lego-themed water park.

After years of few entertainment options in the Gulf, the vacuum is being filled with a spate of new theme parks and attractions, but some have had teething problems.

Since launching on a phased basis in late 2016, DXB Entertainments has struggled to meet its initial targets for visitor numbers. As a result, it has slashed costs and ticket prices.

This year will be the first in which all the attractions are fully open.

“I am optimistic, personally, about the performance for the beginning of the year,” Mohamed Almulla, chief executive and managing director, said in an interview. “It’s a long-term investment. The park is not something we can turn around easily.”

He said visitor numbers were positive, without elaborating, following a December in which the park achieved the highest daily visitation to date. For the fourth quarter visits were 795,746, up from 478,987 in the previous quarter.

It said the Dhs1.12bn in losses for 2017 included Dhs478m dirhams in non-cash depreciation expenses which it said was normal for a large-scale project.

DXB Entertainments, of which Qatar Holding is also a shareholder, said the debt restructuring includes a three-year moratorium on principal repayments and covenant testing as well as a revised repayment schedule. DXB Entertainments will continue paying interest on the debt as per the original agreement.

It is the second Dubai-based entertainment operator taking steps to restructure its debt. Ilyas & Mustafa Galadari Group (IMG), the Dubai-based operator of the world’s largest indoor theme park, is in talks with banks to restructure a Dhs1.2bn syndicated loan, Reuters reported last month.