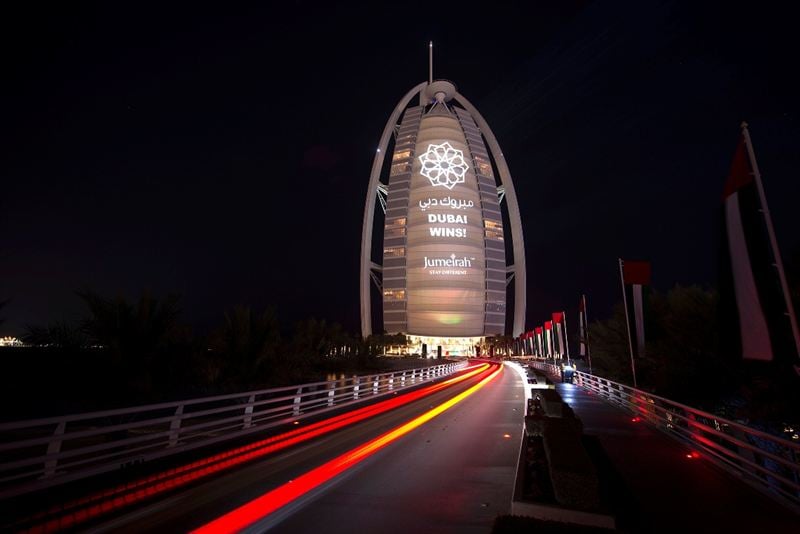 Dubai’s success in bidding to host the 2020 World Expo will trigger billions of dollars of investment in the emirate, but it may risk a repeat of the boom-and-bust cycle which nearly caused financial collapse just a few years ago.

After competing against three cities, Dubai was awarded the world’s fair by the Bureau International des Expositions on Wednesday, setting the seal on a dramatic economic recovery.

Four years ago, the emirate of 2.2 million people nearly defaulted on its debt after a real estate bubble burst, causing property prices to crash over 50 per cent between 2008 and 2010.

Now a boom in trade, tourism and finance is repairing the damage and Dubai again has the resources to plan big projects. But some businessmen fear the additional investment for the Expo may be hard for the economy to absorb.

Hopes for a successful Expo bid have already contributed to speculation in the property market, where prices are up some 20 per cent over the past 12 months, and the stock market, where the index has soared 79 per cent this year.

Further large rises could start to hurt Dubai’s economic competitiveness by raising its cost base – and conceivably set the emirate up for another crash down the road.

“(The Expo)…is a powerful symbol of Dubai putting the 2009 bust behind it and of the world recognising the strengths of its political stability and its open, export-oriented real economy,” said Simon Williams, chief Middle East economist for HSBC.

But he added: “The key challenge policymakers now face isn’t generating growth but managing it, making sure it’s sustainable and well-balanced. Policy decisions over the next 12 months will determine how successful Dubai will be in avoiding a repeat of the boom-and-bust cycle further down the line.”

Because of Dubai’s small population, the Expo may have more of an impact on it than most host locations. The government thinks the event will draw over 25 million visitors, 70 per cent from outside the United Arab Emirates, and create 277,000 jobs – though some analysts believe those numbers may be too high.

A huge exhibition centre will be built on the 438-hectare Expo site, plus tens of thousands of new hotel rooms and an extension to Dubai’s metro line.

By themselves such figures, spread over seven years, look manageable for Dubai’s $90 billion economy. But they come on the back of other grandiose projects announced by Dubai’s real estate developers in the past year, including a replica of the Taj Mahal, a residential area with a giant pyramid, and an apartment complex with penthouses worth $250 million each.

“While the Expo will result in long-term benefits to the Dubai economy and the real estate market, the short-term impact needs to be managed carefully to avoid the inevitable boost in sentiment translating into excessive price growth or over-development,” he said.

Also, Dubai lacks the oil wealth and deep fiscal reserves of other rich Gulf states, so government-related entities (GREs) look set to finance much of their Expo work with bank loans.

Heavy borrowing by GREs, whose debts are already worth about 90 percent of Dubai’s gross domestic product, were at the root of the 2009 crisis, London-based Capital Economics noted.

Authorities say they have taken steps to limit the risks.

In October Dubai doubled, to four per cent, the fee charged on land transactions in an effort to deter property speculators. The UAE central bank this year set rules to restrict mortgage lending and limit banks’ loan exposure to big state firms.

It is not clear if such steps will help cool the stock market. In the short term, shares may rise further because of a feel-good factor, fund managers and analysts said. However, it will take a year or two for Expo-related spending to ramp up, and the stock market rally is likely to slow well before then.

“We should see a surge in the stock index and later a sell-off. The Expo is priced in but the economic benefit won’t materialise before 2015,” said Ali Adou, portfolio manager at The National Investor in Abu Dhabi.

He recalled that when Qatar was bidding to host the 2022 soccer World Cup in 2010, its bourse performed well, and kept rising immediately after the bid succeeded. Within weeks there was a sell-off, though, and the market moved sideways in 2011.