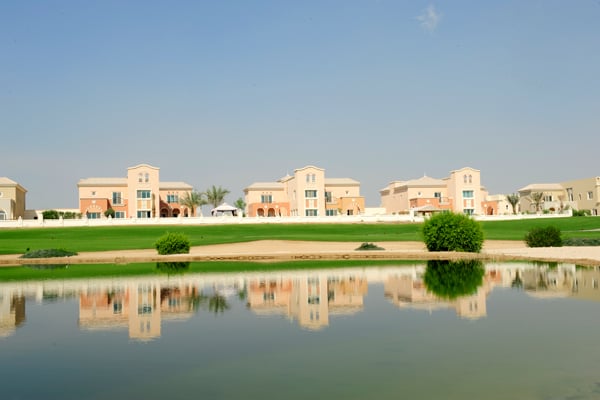 The development, a joint venture between Bahrain’s Arcapita bank and Dubai Sports City, comprises of 961 villas and townhouses in European, classical, Spanish Andalusian and Mediterranean architectural styles and is set around The Els Club, a 18-hole championship golf course.

The developer handed over 600 villas of the delayed project by August 2010, completing 75 per cent of the first phase of Victory Heights.

“We are very pleased to have completed this landmark development during a period saddled by global financial crisis and volatility in the Dubai real estate market,” said Yasser Abdulrahman Al Raee, general manager of Victory Heights.

“I’m proud to witness this superb development and can see the hard-work of the developers that is reflected in the great neighbourhood which adds tremendous value to Dubai’s living communities,” said Marwan Ahmed bin Ghalita, CEO of the Real Estate Regulatory Agency (RERA).

Dubai’s real estate prices crashed more than 50 per cent in 2009-2010 due to a property bubble, pushing the emirate close to a debt default.

However, the emirate’s property sector has seen a strong rebound with prices surging by around 30 per cent last year, triggering fears of another bust.

The Dubai government has taken proactive steps after the IMF repeatedly called on local authorities to stem the rapidly rising property prices in the emirate.

Last year, Dubai Land Department raised the property transaction fee from two to four per cent in a bid to curb speculation in the market. The UAE’s central bank also confirmed a mortgage cap in 2013, which will limit bank loans to expats and locals.